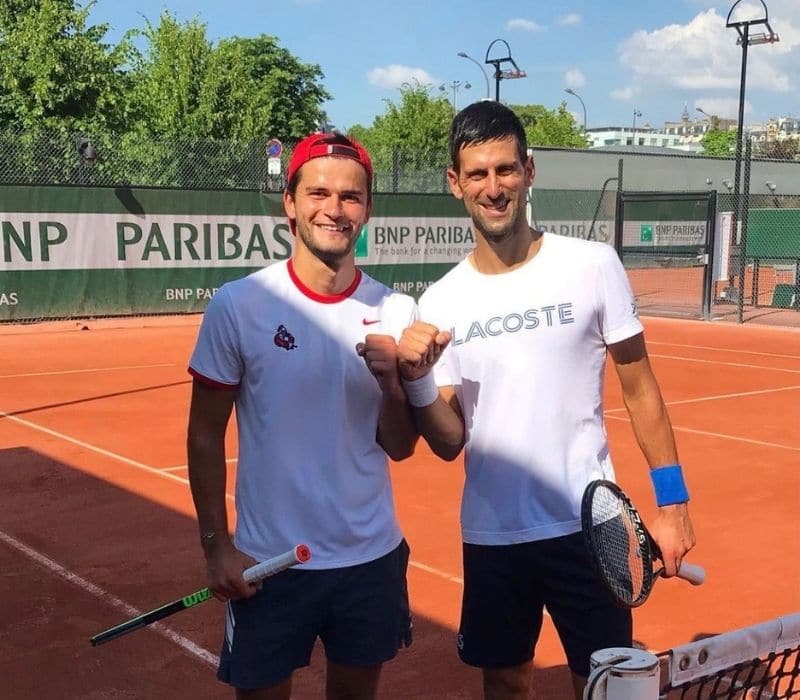 This past Sunday, Novak Djokovic earned his 19th grand slam title with a five-set comeback victory over Stefanos Tsitsipas in the French Open. However, before he could walk onto Court Philippe Chatrier for the championship match, Djokovic had to go through the “King of Clay” Rafael Nadal—the winner of 13 French Open titles—in the semis.

With an unmatched level of dominance at Roland Garros, Nadal entered Friday’s match with an overall record of 105-2, but with the help of a member of the William Carey University Tennis team, Djokovic handed the Spanish lefty just the third French Open loss of his career.

In need of a southpaw practice partner, Djokovic selected William Carey’s Leo Bresson, a Normandy, France native, out of the pool of available options ahead of his match with Nadal.

“It’s an amazing experience to share a court with someone like Djokovic. Not many people get to train with the No. 1 in the world in a Grand Slam Tournament like the French Open. He is 100 percent going to be a legend in this sport. He is already – but in the end, I think he will have more Grand Slams than Roger Federer or Rafael Nadal,” Bresson said.

No-slouch in his own right, Bresson earned NAIA First Team All-American honors after holding onto the #2 singles ranking for much of the 2020-21 season. He was also named the NAIA ‘Rookie of the Year.’

Bresson will return to Mississippi in the fall to complete an MBA at the William Carey University School of Business.