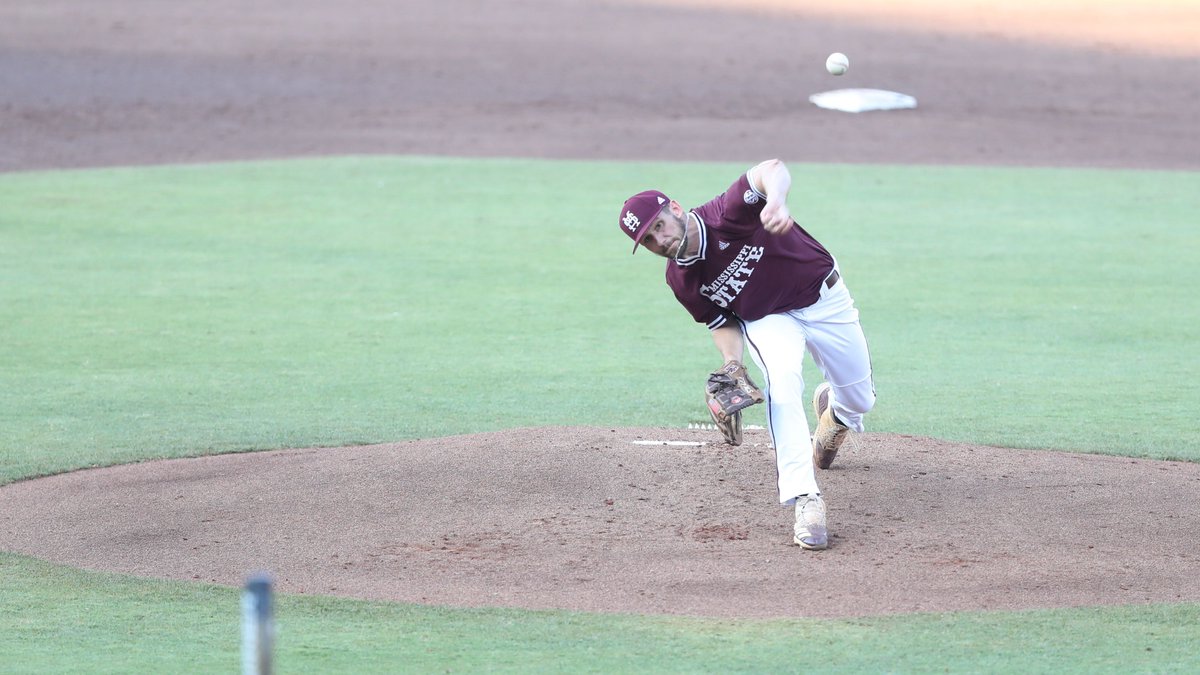 Mississippi State was in the unusual place of being the visitor in its home stadium, but it didn’t take the Bulldogs long to get the home crowd roaring, striking for two runs in the first inning and coasting to a relatively drama-free 7-2 win over Central Michigan. The victory puts the Bulldogs into Sunday’s regional championship game, needing only one more win to advance to the Super Regional round of the NCAA Tournament. Ethan Small gave the Diamond Dawgs six solid innings, and Tanner Allen went 4-5 with a solo home run to lead a Bulldog offense that struck the Chippewas for 16 hits.

That last K by Small set a school record for team strikeouts in a season, breaking the mark set by the 1997 team.

Mississippi State’s pitching has been punchout heavy all season long, with Ethan Small leading that charge. With his inning-ending strikeout in the fourth, Small pushed his team’s total to a new school record, standing at 656 total at that moment. MSU pitching coach Scott Foxhall has had his staff working the zone all season long, and it’s paid off as the Bulldogs simply haven’t given up a lot of big innings.

Dudy Noble Field is never short on record-breaking crowds, and State set a new personal best for the regional round with 11,511 fans packed into the stadium. Even before the game began, the PA announced the berm areas were completely full, and as you can see from this video taken before the first pitch, the stadium was as packed as it had been all season.

We’ll see if the Bulldog faithful can set another record tomorrow with the Bulldogs one game from moving on.

Peyton Plumlee will take the mound Sunday at 8 PM CT as we look to win the Starkville Regional.#HailState🐶 | @Peytonplum1 pic.twitter.com/GoWP97JVW2

One more game for Mississippi State, and a win will put them into the Super Regionals for the fourth straight season, an incredible stat made even more preposterous when you consider Chris Lemonis would be the fourth different coach in that timeframe. MSU will put Peyton Plumlee on the mound to finish the weekend off, and will take on the winner of Central Michigan-Miami. First pitch in Sunday’s opener is 2 PM, the Bulldogs will hit the field at 8.