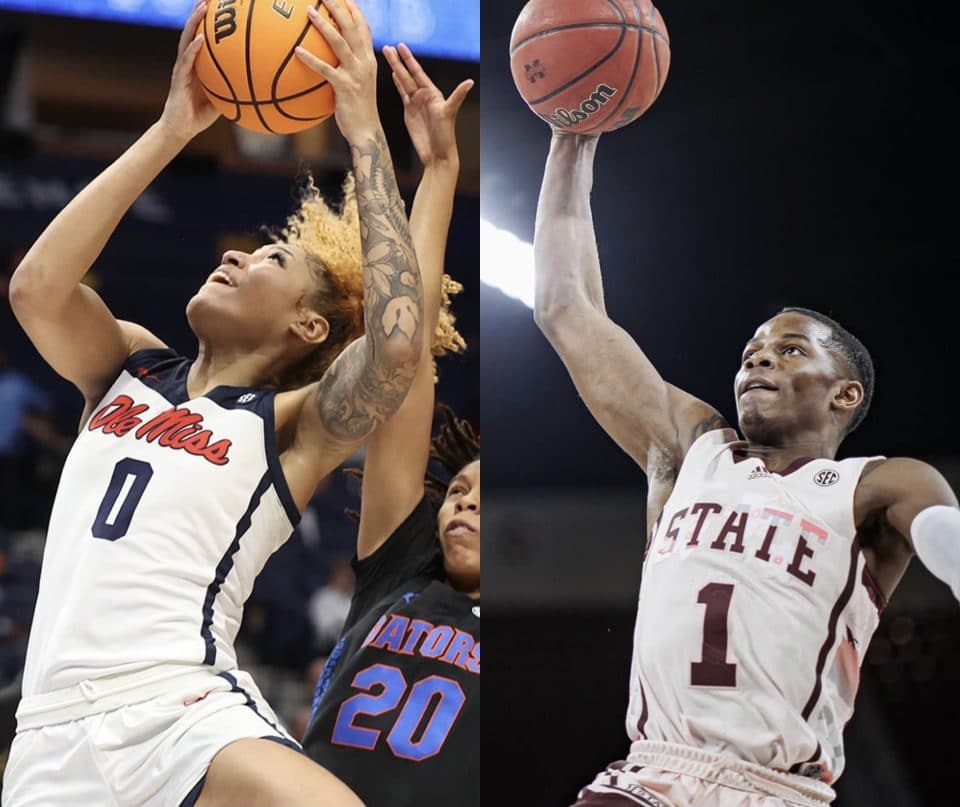 The winners of the awards presented to the top college basketball players in Mississippi were announced on Monday.

Beginning with the Gillom Trophy, which is awarded annually to the most outstanding women’s basketball player in the state, Shakira Austin of Ole Miss secured the trophy for the second year in a row. She beat out Ameshya Williams-Holliday of Jackson State and Anastasia Hayes of Mississippi State for the honor.

Austin is in the midst of a stellar junior campaign with the Rebels, averaging 15.4 points, 8.9 rebounds, and 2 blocks per game. The Virginia native recently eclipsed the 1,000-career rebound mark, making her one of seven active Division I players with 1,500 career points and 1,000 career rebounds.

Mississippi State’s Iverson Molinar was this year’s recipient of the Howell Trophy, awarded each year to the most outstanding men’s player in the state. He received the honor over Tyler Stevenson of Southern Miss and Jarkel Joiner of Ole Miss.

Molinar, an All-SEC Preseason First-Team selection, is averaging 17.9 points and 3.6 assists per game for the Bulldogs. The Panama native’s streak of 31 consecutive games in double figures is a program record. He’s one of just two Power Five players to score in double figures every game this season.

The Gillom Trophy is named after Peggie Gillom-Granderson, Ole Miss’ all-time leading scorer and rebounder. She coached in the WNBA and the Olympics and retired after a seven-year stint as Associate Head Coach of the women’s basketball team at Ole Miss.

Mayor regrets claims of bribery made to Jackson City Council