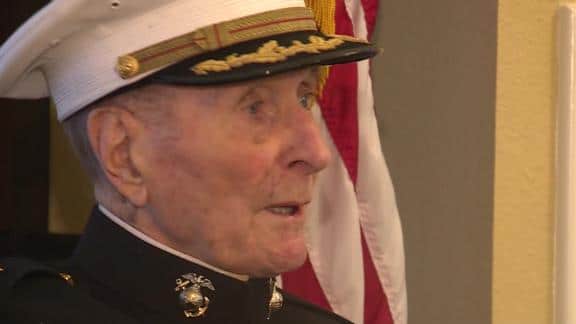 White, a California native, has had many unforgettable experiences throughout his life. One including being at the Battle of Iwo Jima when the US bombed Japan in 1945.

This battle between the US Marines and Imperial Army of Japan went on for five weeks and killed nearly 7,000 US Marines and more than 20,000 Japanese fighters.

White even earned a Purple Heart for surviving that battle.

After being active in the military for 30 years, White was taken out due to his injuries.

According to an article from WTVA, White said that he has a love for scrap-booking and it helps him keep track of his life’s special events.

If you would like to send White a card for Valentine’s Day, you can mail it to:

The Oaks at Inglewood