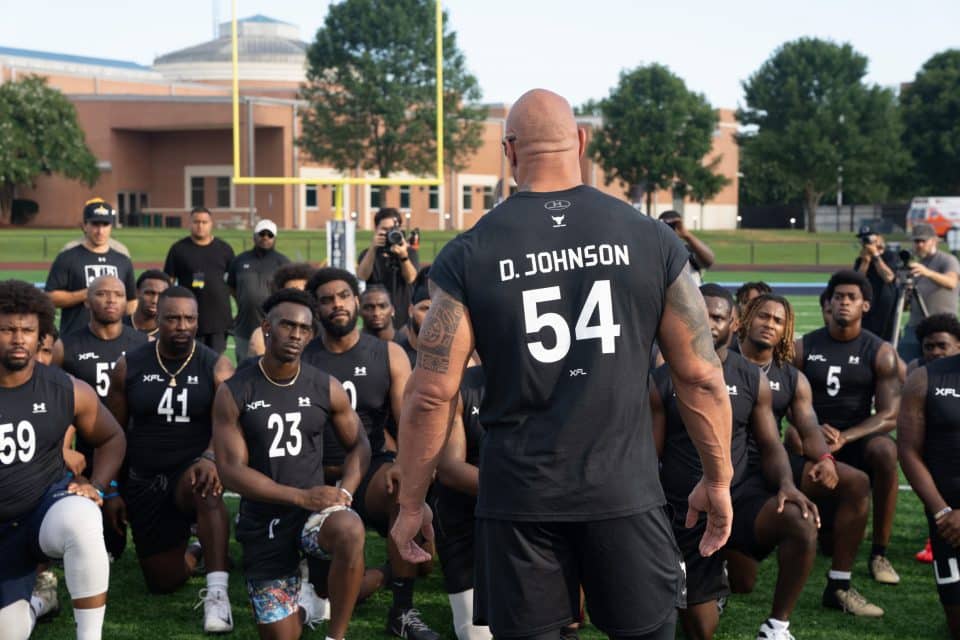 Photo courtesy of the XFL

Over the weekend, the first of six XFL showcases took place right here in Mississippi on the campus of Jackson State University.

One of the main reasons that XFL owner Dwayne “The Rock” Johnson chose JSU as a host site was to find overlooked HBCU players that are ready to take the next step in their careers.

“Here at Jackson State, in particular, they’ve been incredible. They’ve welcomed us with open arms. They also appreciate our desire to…not even raise the profile but just shine the light on these players who want to achieve their greatness,” Johnson told WLBT on Saturday. “And they should have a shot, especially when so many others have looked the other way.”

Those in attendance included former JSU linebacker Keonte Hampton and former Alcorn State quarterback Felix Harper. Hampton, who totaled 484 tackles in four seasons with the Tigers, was the 2021 preseason SWAC Defensive Player of the Year. Harper, the 2019 SWAC Offensive Player of the Year, accounted for over 6,000 yards and 67 touchdowns in three seasons of play for the Braves. He was waived by the Cleveland Browns back in May.

The XFL Draft is set to take place in November with the 2023 season kicking off on February 18.

Your Mississippi forecast for Monday, July 18

Dangerous heat stress conditions in Mississippi to persist into weekend