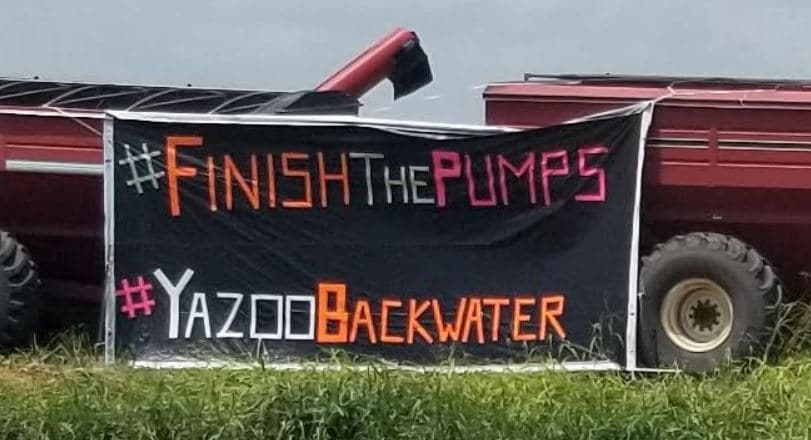 The United States Army Corps of Engineers (USACE) has signed a Record of Decision, marking the final step of the environmental review process for the Yazoo Backwater Pumps Project.

“Today is a monumental day for the South Delta. For too long, residents have suffered losses and damages from preventable backwater flooding. The Yazoo Backwater Pumps will bring much-needed relief and certainty,” Senator Roger Wicker said.

The decision comes after the USACE released an updated environmental impact statement in October, asserting that the project would have no negative effect on Mississippi wetlands.

“We now better understand how the project…can be operated to balance the system to the benefit of aquatics, wildlife, and human interaction in the area,” Colonel Robert Hilliard of the USACE’s Vicksburg district said.

“With the signing of today’s Record of Decision, we no longer have a proposal, we have an approved project,” she stated. “Completing this project will improve public safety, the environment, and the economy for Mississippi and the nation.”

The Yazoo Backwater Area, which covers 4,000 square miles from Vicksburg to where Highway 12 bisects the Delta, has suffered from widespread flooding over the last 10 years—including a 2019 flood that submerged 544,000 acres in total, causing hundreds of millions of dollars in damages.

The project will use both structural and nonstructural features, including a 14,000 cubic feet per second pump station with a year-round pump elevation of 87 feet National Geodetic Vertical Datum 29, in order to prevent further flooding in the area. It will also include the acquisition and reforestation of 2,405 acres of frequently flooded agricultural land, as well as the installation of 34 supplemental low flood groundwater wells.

According to Hank Burdine of the Mississippi Levee Commission, the project’s completion will take up to four years after initial construction.

To read the full Record of Decision, click here.