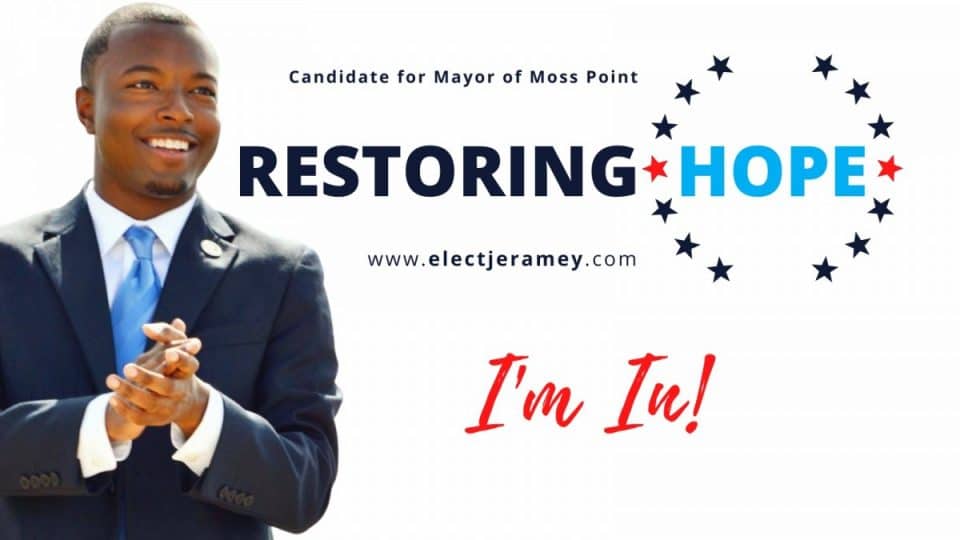 Representative Jeramey Anderson (D) has announced his bid to run for mayor in his hometown of Moss Point.

On Wednesday morning, Anderson informed citizens that he would be giving up his spot in the Mississippi State Legislature in order to “truly serve the people.”

“It has not been an easy decision but, after due diligence, [Moss Point] is where I belong,” he said via Zoom. “It is where I am needed. This is where we can truly serve the people.”

Regarding the move, Anderson stated that, if elected mayor, one of his top priorities will be reducing gun violence in a city that touts one of Mississippi’s highest crime rates per capita.

“Moss Point is experiencing a wave of gun violence that has significantly impacted our community and is threatening the safety of our neighborhoods,” he explained. “These shootings are not just justified by the types of communities that they take place in or any other superficial marker. They are defined by the culture we have raised our children in and by our inaction. These senseless tragedies are preventable.”

Another goal for Anderson is infrastructure improvement in the coastal town of around 13,350 people.

“We must also work to ensure our neighborhoods are vibrant components of our community,” he explained. “That means modernizing infrastructure like our roads, lights, signs, parks, addressing vacant blighted properties, and strengthening access to community resources.”

Anderson’s campaign announcement comes on the heels of some controversial news regarding current Moss Point Mayor Mario King, who has not yet announced whether or not he will be seeking re-election.

Anderson is not only the youngest person to ever be elected to the Mississippi State Legislature but is also the youngest African American to find him or herself in any state House of Representatives.