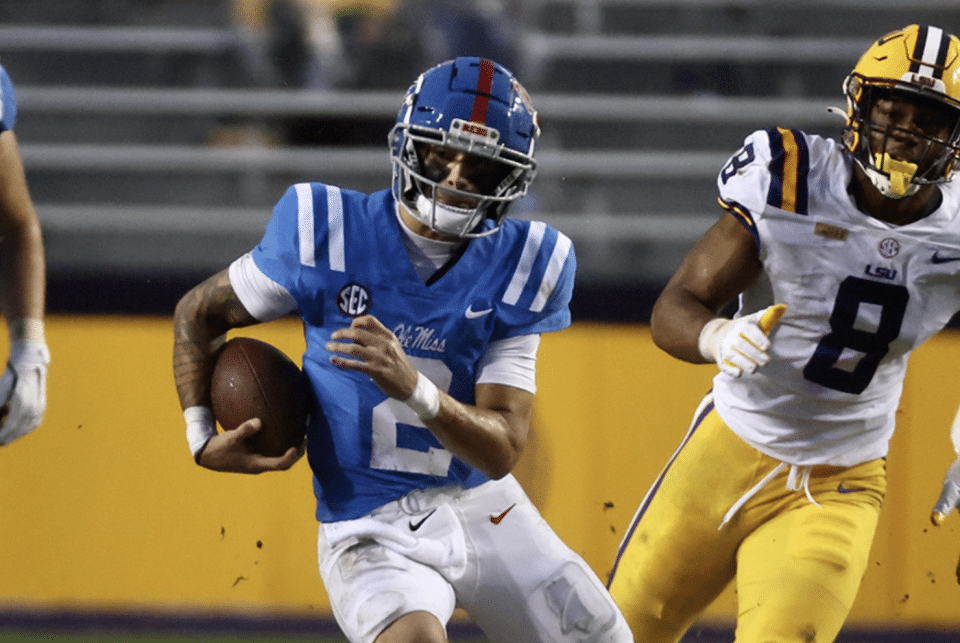 Each year, the NFL invites only a small number of prospects to attend the draft. The reason being is that it’s almost impossible to predict every pick of the first round, which is inevitably the most-watched portion of the event.

Cross, expected to be one of the first offensive linemen drafted this year is no surprise, but Corral on the other hand? That’s a different story. In Mel Kiper, Jr.’s recent mock draft, the longtime ESPN analyst has the All-SEC signal-caller dropping all the way into the second round to pick 49, which is held by the New Orleans Saints.

Michael Borkey of SportsTalk Mississippi recently went to Twitter to explain that the NFL would not have invited Corral if they did not expect him to be picked in the first round.

Corral will be there. They generally dont invite people they dont expect to get selected. https://t.co/EQLXa1O297

On Friday’s episode of the show, Borkey continued with his take on why the NFL invited Corral.

“You would think (this is good news for Corral),” Borkey said. “It’s not fool-proof. We’ve seen quarterbacks go and not get taken. Hello, Brady Quinn. We’ve seen former Ole Miss players go and not get taken — DK Metcalf. However, I had somebody ask me if [Corral] was invited to possibly create some drama so ESPN can have a guy that doesn’t get picked, and I thought, ‘Look, you can criticize ESPN for a lot — a whole lot — but they’re not into ruining a guy’s night like that. They don’t want that to happen.'”

Whether Corral is drafted in the first round or not will be seen on Thursday, April 28 when the 2022 NFL Draft commences in Paradise, Nevada at 7 p.m. CT.

The entire list of invitees can be viewed below:

Thunder & Lightning: Did Mississippi State Get Back on Track This Weekend?