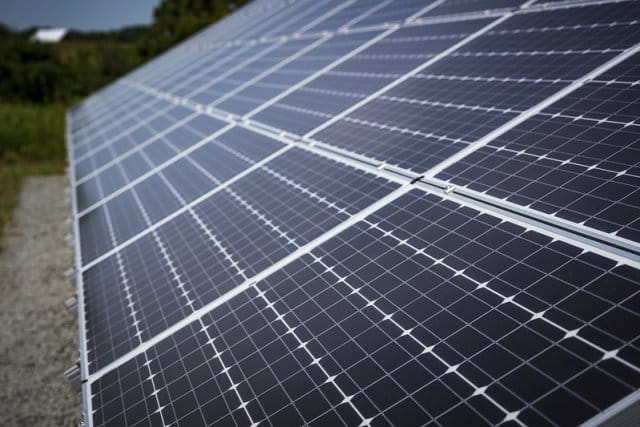 Image courtesy of the EPA

After Southern District Public Service Commissioner Dane Maxwell spoke out against a recently approved amendment that expands incentives for self-generated power, his words were met with resistance from one leader in the renewable energy sector.

Jeff Cantin of the Gulf States Renewable Energy Industries Association said during an appearance on MidDays with Gerard Gibert that Mississippi will benefit greatly from a program that aims to expand solar energy. He believes that Maxwell has not fully grasped the concept of the self-generation rule and how it could be a net benefit to citizens in the state.

“Everybody’s entitled to their opinion. I respect Commissioner Maxwell. I believe there’s a lot for the state to benefit from renewable energy. I think there are certainly some concerns that haven’t been fully thought out by folks who are opposing some of the changes,” Cantin said. “You imagine you try to implement good policy anywhere in the country and some folks just need a little bit of time to wrap their head around it. I do think some of the assertions made by Commissioner Maxwell aren’t quite accurate as it regards to how low-income folks will benefit from this.”

With regard to how the rebate program will have a positive impact on residents of the Magnolia State, Cantin alleged that those living in an area with investor-owned utilities will see lower bills as a result of the new renewable-energy program.

“Anybody in the area that has what’s called an IOU — the investor-owned utilities of Mississippi Power or Entergy — those folks are going to be able to see their bills lowered. Everybody is going to be eligible for this, so it’s not something where anybody’s left out in a way,” Cantin continued. “The cost of the program pales in comparison to larger projects that have not really brought any benefit to the state.”

Pushing back against Maxwell’s assertion that the $3,500 rebate will not benefit poor people due to the high cost of installing a solar panel, Cantin said that there would also be federal assistance to lower a citizen’s payment for a solar system. Cantin also insisted that this investment from both the state and federal governments would empower job creation in Mississippi.

“The total cost for a system might be $10 or $15 or $20 thousand and in addition to that rebate are some federal incentives that come in and actually pay 30, 40, or 50 percent of that cost,” Cantin added. “So that’s federal money we’re leveraging to bring in to the state as well. You’re basically enabling a project that’s going to have an economic impact and create some jobs.”

The full interview with Cantin can be watched below.