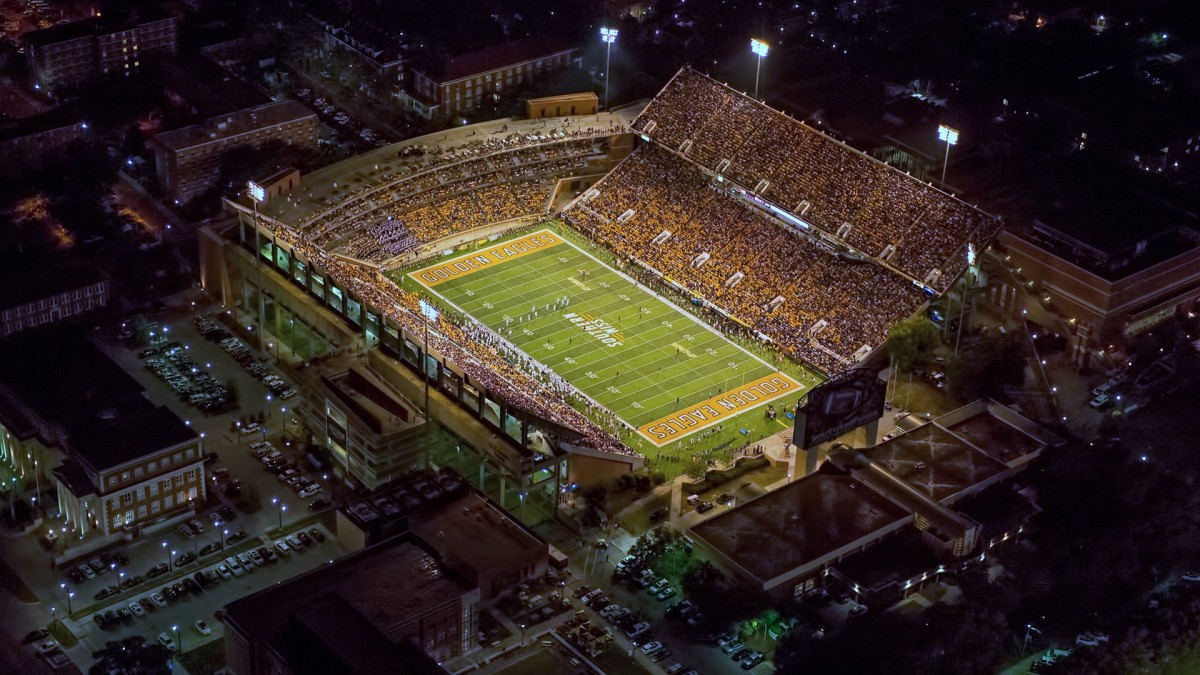 You’ve probably heard some variation of the phrase “searching for a sense of normalcy” a lot in the past few months, and tonight, you’ll find just that as Southern Miss is set to kick off its 2020 season against South Alabama at 8 p.m.

The Golden Eagles begin year five under head coach Jay Hopson following a 7-6 2019 season—the program’s fifth straight winning season. USM will attempt to get off to a quick start tonight against a Jaguar team that went 2-10 a season ago.

Leading the way for USM will be their senior QB Jack Abraham, who was named to the Preseason All-Conference USA team after throwing for nearly 3,500 yards in 2019. The Oxford native did struggle with turnovers in 2019 with 15 interceptions against 19 touchdowns.

With Quez Watkins now a member of the Philadelphia Eagles, Abraham will likely lean heavily on WR Tim Jones. After leading the team with 73 catches in 2019, Jones found himself on the Biletnikoff Award Watch List heading into the season. At 6’5″ & nearly 250 pounds, Arkansas transfer TE Grayson Gunter will also provide another outlet for Abraham.

A few names that you won’t see on the field tonight include WR/return specialist Jaylond Adams, RB Steven Anderson, DE Jacques Turner, LB Racheem Boothe, DL Garrett Crawford, and DE Jacques Turner after all six decided to opt-out of the season due to the COVID-19 pandemic.

It’ll certainly be a different atmosphere at ‘The Rock’ tonight as an executive order from the governor limits crowd capacity to 25% and mandates that masks must be worn as fans move throughout the stadium. The game-day experience may look different, but Hopson knows his team is ready to take the field.

“You’ve got to bring your own juice,” Hopson said. “It will be a different feel. You’re used to running out with the band, the music going and everything’s loud. I think our kids have watched enough sports on tv to see how the professional teams are doing it and it’s a little bit different, but the great thing is that they get a chance to get out and compete and play the game they love.”

Tonight’s game, televised on CBS Sports Network, is the first of seven home games for USM in 2020—the most homes games in a single season for the Golden Eagles since 1920.