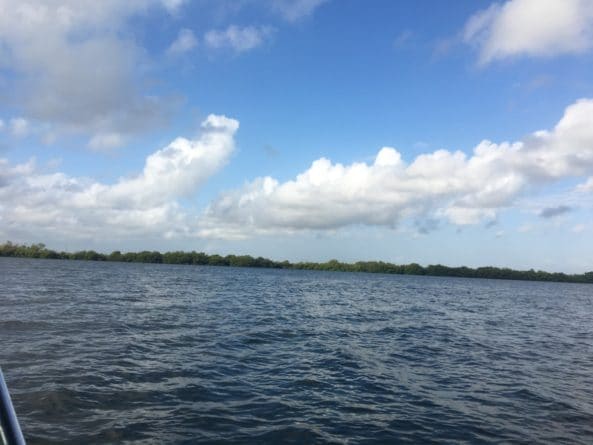 Marine life on the Gulf Coast has been depleted following the opening of the Bonnet Carré Spillway.

The spillway was opened to ease the flooding of the Mississippi River, but the introduction of freshwater into the Mississippi Sound has negatively impacted the populations of shrimp, oysters, crab and even turtles and dolphins.

With the spillway nearing 50 days open, the Mississippi Department of Marine Resources (MDMR) and the University of Southern Mississippi (USM) have provided Gov. Phil Bryant with their most recent findings.

“This is an important update,” said Gov. Bryant. “Real-time information is critical as we work to examine the adverse effects of Bonnet Carré. I appreciate the continued effort undertaken by the Department of Marine Resources and our partners in academia as we work to protect and preserve our marine resources.”

At the June meeting of the state’s Commission on Marine Resources, the commission voted to open shrimping season in Mississippi despite the legal benchmark of 68 shrimp per pound not having been met. When the season opened on June 20, 133 shrimp boats fished in Mississippi waters and shrimpers indicated the overall catch was low. Brown shrimp in state monitoring trawls is down more than 82% over the past four weeks compared to the prior 5-year average.

Based on MDMR sampling for the week of June 10, the oyster mortality on Mississippi harvest reefs was higher than 90% for all reefs except for Pass Marianne. Oyster mortality on the reefs have continued to increase as the spillway remains open.

While commercial landings of blue crab were down February through April compared to the prior 5-year average, landings in May increased and were similar to the prior five years.

According to the Institute for Marine Mammal Studies and Mississippi State University, the frequency of dolphin and turtle strandings has decreased considerably in June. For the week of June 16, no dead dolphins and one dead sea turtle have been encountered or reported. A total of 130 dolphins and 156 sea turtles have been found dead along the Mississippi coastline in 2019.

“MDMR continues to monitor Mississippi waters and the effects from the Bonnet Carré Spillway,” said MDMR Executive Director Joe Spraggins. “The Mississippi Department of Environmental Quality recently issued beach closures in Hancock and Harrison Counties due to an algal bloom on the surface of the water. MDEQ advises people, and their pets, to avoid contact, including swimming, with the blue-green algae because exposure can be harmful.

MDMR also advises the public to not eat fish or any other seafood taken from any affected waters or in proximity to the beach closures.

“The public’s safety is very important to our state and our agency will continue working closely with MDEQ to monitor our waters and our seafood.”

USM researchers conducted an expedited seagrass survey at Cat Island on June 17. Although the seagrass did not appear to be stressed, researchers observed the introduction of a low salinity species known as widgeon grass since monitoring began at these stations in 2011.

While salinity levels started to increase mid-June, USM researchers found that salinity levels in the Mississippi Sound continued to decrease again as winds pushed surface waters to the north entrapping flow from the spillway.

“USM is providing a very capable skillset that joins satellite oceanography, modeling of currents and ocean chemistry with our expertise fisheries monitoring,” said Dr. Monty Graham, director of USM’s School of Ocean Science and Engineering. “Our scientists are using sophisticated approaches to understand and predict how wind and freshwater interact in the Mississippi Sound. While this is a complex system, it is not beyond our capacity to unravel ongoing and future impacts to our coastal waters and resources.”

USM’s School of Ocean Science and Engineering has developed a website to host updates and photos in order to keep the public adequately informed on Bonnet Carré Spillway research projects at gcrl.usm.edu/news/2019.bonnet.carre.spillway.overview.php. For questions, concerns or to report activity, USM urges the public to use their new Bonnet Carré Spillway Hotline at 228.818.8099.

The Metro with Rebecca Turner LIVE at Ace Bolt and Screw, Jackson MS