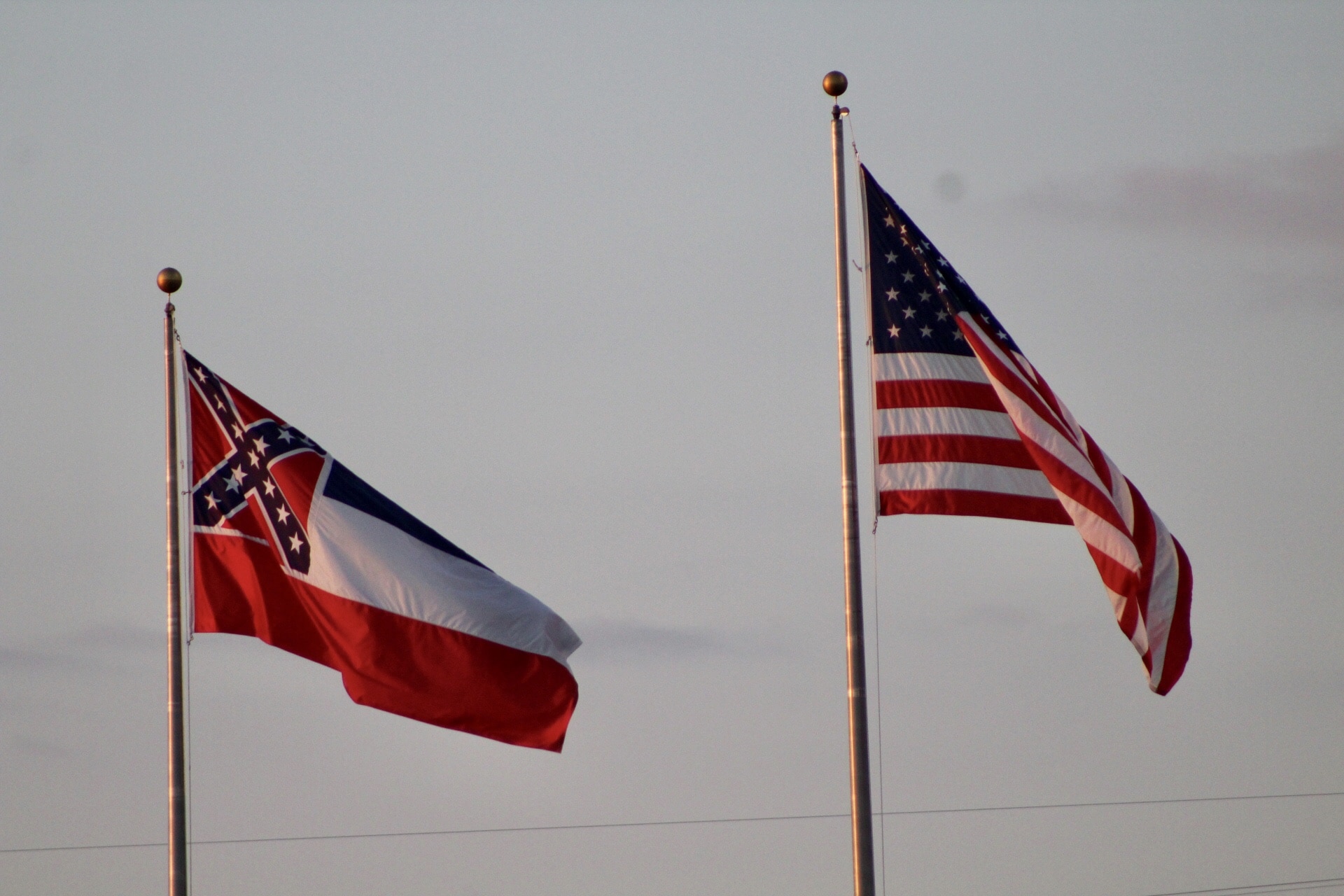 Eleven days ago, SEC Commissioner Greg Sankey became the first prominent voice from the world of sports to renew the call for Mississippi to take action regarding its controversial state flag. The following day, the NCAA joined the cause by expanding its Confederate flag policy, prohibiting any postseason events — baseball regionals, women’s NCAA Tournament games, etc. — from taking place in the Magnolia State.

Sunday, the Mississippi Legislature completed the convoluted process to remove the current flag — a process that included the passage of a rule-suspending resolution before the subsequent introduction and passage of HB 1796.

While a new state flag won’t be decided until November at the earliest, the bill does immediately begin the process of removing the current flag, which will seemingly put Mississippi back in the good graces of college athletics’ governing body and its conferences.

“We are pleased the Mississippi legislature has acted swiftly to remove the Confederate battle emblem from the state flag, and we look forward to Governor Reeves signing this bill. It has too long served as a symbol of oppression, racism and injustice. We welcome this important move by state lawmakers to remove the symbol from prominence in the state, which will also open the opportunity to host NCAA championships after the recently expanded championship policy,” NCAA President Mark Emmert said.

Governor Tate Reeves has indicated that he will sign the bill. Commissioner Sankey released a statement of his own praising the move to take down the state flag.

Among the most vocal entities calling for change included those who stood to lose the most from the position taken by NCAA — Mississippi’s public universities and their athletic departments. It does go noted that none of the state’s eight public universities have flown the state flag for some time and have continuously supported the removal of the flag.

Coaches and administrators from all over Mississippi presented a unified front last Thursday as they gathered under the capitol dome to meet with legislators and lend their voices to the effort.

Proud of our state today! pic.twitter.com/2PowECSVpA

Eight of the past nine C-USA baseball tournaments have been held in Mississippi with the event set to return to Hattiesburg in 2022. Last week, the conference enacted a similar prohibition on postseason events in Mississippi until a change was made. The passage of the bill paves the way for Pete Taylor Park to host the tournament once again.

As a native Mississippian, I have never been more proud of my state than I am today! Let’s start paving a brighter future together! https://t.co/lvyKAEzNE1

Athletes used their voices to bring about change as well, led by Bulldog star RB Kylin Hill. The Columbus native was prepared to sit out his senior season unless state leaders took action. Hill’s strong stance was recognized by Rep. Omeria Scott, who introduced an amendment to name the flag-changing bill after the All-SEC running back. While the amendment didn’t make it, its introduction represents the importance that athletics played in this process.

“If you from Mississippi you felt this one,” Hill tweeted moments after the bill passed.

Not long ago, it seemed unlikely that things could’ve unfolded this quickly. Speaker of the House Philip Gunn told SportsTalk Mississippi on June 19 that he thought a potential vote on the flag could be taken by next year “at the earliest”. What occurred in the days leading up to Sunday’s vote can only be described as teamwork.

Not only does the removal of the Confederate battle emblem from Mississippi’s flag allow for the state to host the events it’s accustomed to, it opens up the possibility to bring even more events to the state.

Since 2001, Mississippi has been restricted from hosting ‘predetermined’ postseason events – bowl games, NCAA Tournament games, and more – due to the NCAA’s original flag policy. For an example of what could come as a result of Sunday’s historic decision, Mississippians can look to South Carolina for precedent. Following the Palmetto State’s decision to remove the Confederate flag from its statehouse flagpole in 2015, the state has since been awarded the SEC women’s basketball tournament and the 2020 Myrtle Beach Bowl will bring postseason football to the state.

When the commissioner of the SEC went public with his comments eleven days ago, a dark storm cloud quickly formed high above the state. With the action taken by the Mississippi Legislature over the weekend, the forecast is showing clear skies in the Magnolia State…except for COVID-19, but that’s another story for another day.