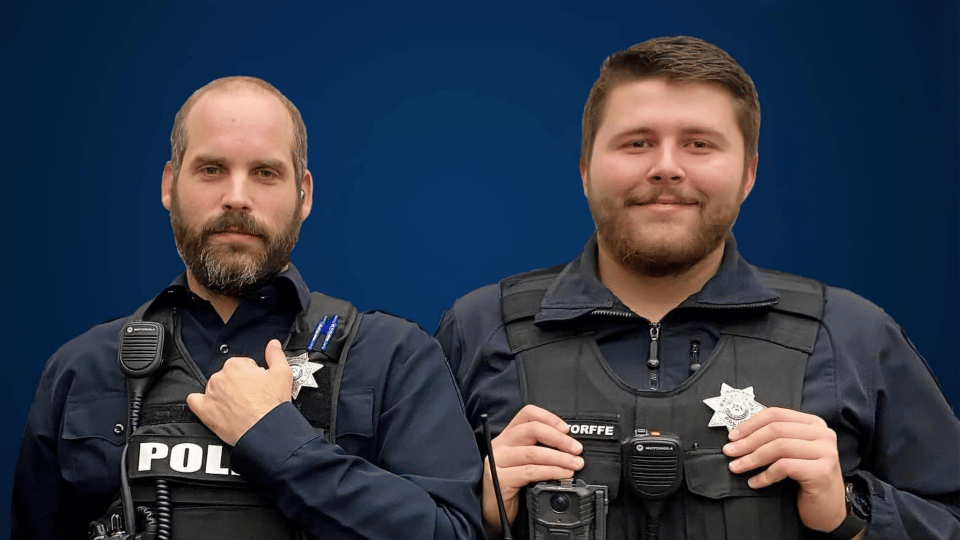 Two Bay St. Louis police officers died in the line of duty on Wednesday morning after doing a welfare check at Motel 6 on Highway 90.

According to the Mississippi Bureau of Investigation (MBI), the officers — Sergeant Steven Robin and Officer Branden Estorffe — were shot in the motel’s parking lot by local veterinarian Amy Anderson, 43, of Ocean Springs.

The MBI released that the motel called 911 around 3:35 a.m., requesting for a welfare check to be made on Anderson in her hotel room. Mississippi Department of Public Safety Commissioner Sean Tindell later released that Anderson told motel staff that she believed she was being followed.

Upon arrival, Officers Robin and Estorffe encountered Anderson in her room before she made her way to her vehicle with her 8-year-old daughter and three dogs. Tindell stated the officers attempted to delay Anderson for around 40 minutes while she packed her things to leave the motel.

Officers Robin and Estorffe then discussed contacting Child Protective Services (CPS), which was reported to be what caused Anderson to begin shooting while being seated inside her car.

Commissioner Tindell explained that the officers were considering contacting CPS due to Anderson’s odd behavior, as well as for the minor’s safety.

“Her behavior was, let’s just say, out of the norm,” Tindell said. “She wasn’t making a lot of sense in the things she was saying and the minor child was there.”

Both officers were injured in the incident, with Officer Robin immediately dying at the scene and Officer Estorffe receiving a shot in the arm and head. During the shootout, Estorffe fired two rounds from his gun, with one hitting Anderson in the chest, killing her. Officer Estorffe was then transported to Memorial Hospital in Gulfport where he later died from his injuries.

Tindell added that a bulletproof vest would not have prevented the officers’ deaths due to the locations of the wounds.

“I’m not 100 percent sure about [if they would survive] based on the location of the wounds. I don’t know that the vest would have made much of a difference,” Tindell said.

At this time, investigators are waiting for Anderson’s autopsy and toxicology report for additional details.