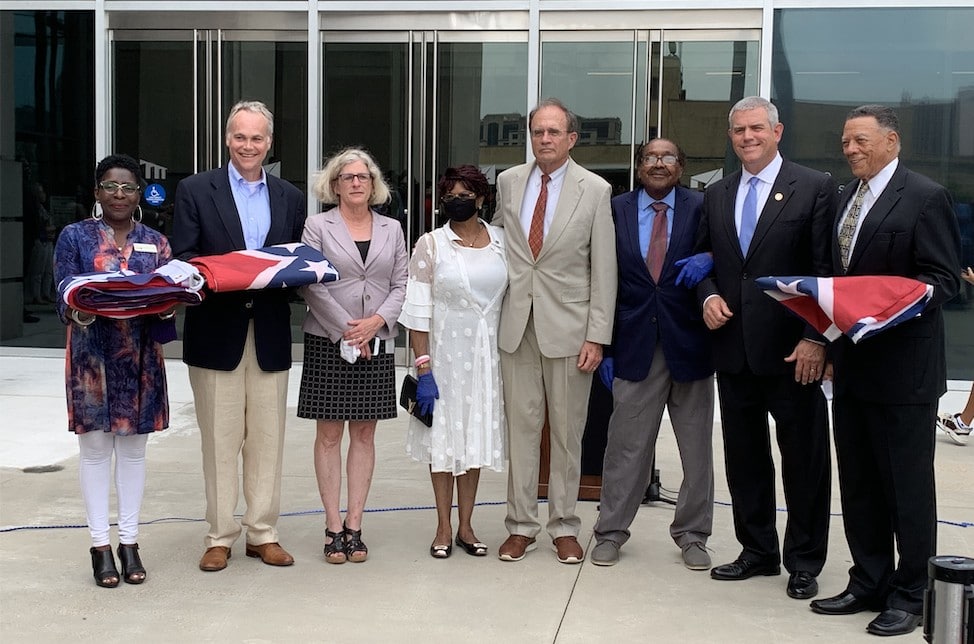 The commission tasked with designing a proposal for the new Mississippi state flag will hold its first meeting on Wednesday.

While the ‘Flag Commission’ will come together tomorrow morning, it remains incomplete with just six members. While Lt. Governor Delbert Hosemann and Speaker of the House Philip Gunn each announced their three appointees ahead of last week’s deadline, Governor Tate Reeves has yet to announce his selections.

The bill that retired the former state flag also included two stipulations for the new design – it cannot feature the Confederate battle emblem and it must include the motto “In God We Trust.”

To find out how to submit your designs to the commission, click here.

When tomorrow’s meeting begins at 10 a.m., the commission will have 54 days until a proposal must be submitted to the Secretary of State’s office with a September 14th deadline. The design will then be placed on the ballot ahead of November 3rd’s election.

If the design doesn’t receive a majority of the vote, a new design would be submitted during the 2021 legislative session.