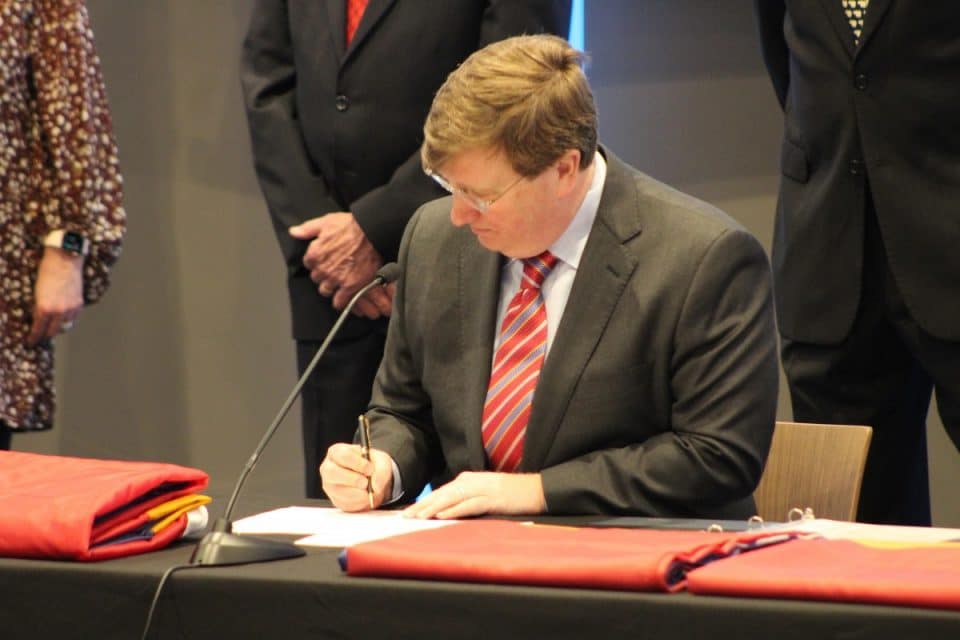 Funding elections with private money in Mississippi is now against the law following the multiple arrests made by State Auditor Shad White since the 2020 local elections.

Governor Tate Reeves signed House Bill 1365 into law on Friday with a section of the bill detailing the specifics of how the funds cannot be used:

“No agency or state or local official responsible may solicit, accept, use or dispose of any donation in the form of money, grants, property or personal services from an individual or a nongovernmental entity for the purpose of funding election-related expenses or voter education, voter outreach or voter registration programs.”

In the 2020 election, almost $1.9 million in grants were donated to the Hinds County Election Commission from the Center for Tech and Civic Life (CTCL), a nonprofit organization funded by Facebook CEO Mark Zuckerberg.

Since then, multiple arrests have been made from investigations involving the spending of the “Zuckerbucks” with the most recent arrest of Hinds County Election Commissioner Toni Johnson and two others in February.

White voiced his support over Twitter on Monday, saying that the passing of the bill will keep this kind of fraud from happening again.

“When we made arrests for the alleged embezzlement of Zuckerbucks in Hinds County, it was frustrating to see,” White explained. “But this will not happen again with the signature of a new law by Gov. Tate Reeves. The new law bans the use of private funds in our elections.”

The bill’s effective date is set for July 1 with hopes that cases of fraud relating to election funds spending diminish significantly.

To watch the live signing of HB 1365 into law, continue watching below.

Thunder & Lightning: What Can Mississippi State Fix To Get Momentum This Season?