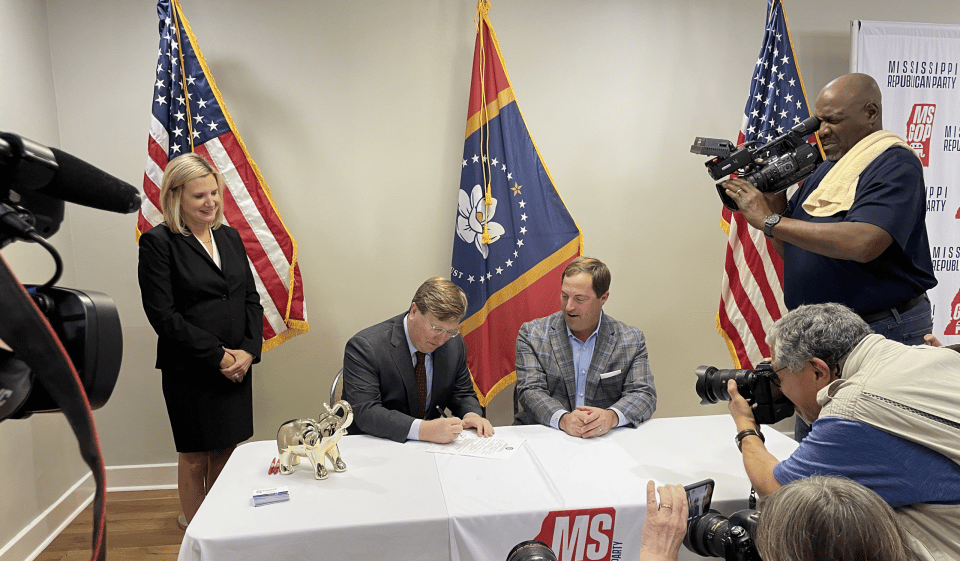 Governor Tate Reeves has announced that he will be running for reelection.

During a press briefing at the Mississippi GOP headquarters Tuesday, Reeves touted economic successes such as per capita increases in residents’ income, the largest tax cut in state history, and the state’s largest increase in teacher pay as major accomplishments delivered during his first term. Reeves also promised to continue working to completely eliminate the state income tax.

Reeves lauded his leadership during the COVID-19 pandemic, numerous federally declared natural disasters since 2019, and even the Jackson water crisis. The governor said that he was elected to get things done for the people, regardless of politics, and that he’s delivered so far.

“What people went to the polls and elected me to do is to be a leader and to stand up and make sure we were doing the things we needed to do. Whether it’s been a tornado or a hurricane or a water crisis or all things in between, that’s exactly what we’ve tried to do,” Reeves said. “We’ve tried to set aside the nonsense and focus on getting things done for the taxpayers.”

In addition, the governor praised the role Mississippi played in the U.S. Supreme Court’s decision to overturn Roe v. Wade as the “most significant win” for the conservative movement in his lifetime. Reeves said he’ll look to improve the foster care system and reward those who choose to adopt children in the state.

The qualification process for candidates seeking to run for office in the Magnolia State’s 2023 elections began today, January 3 and runs through Wednesday, February 1 at 5 p.m. CT. As of now, no other candidates have officially announced a run for the gubernatorial position.

Free pet resource clinic to be held in Jackson on Saturday