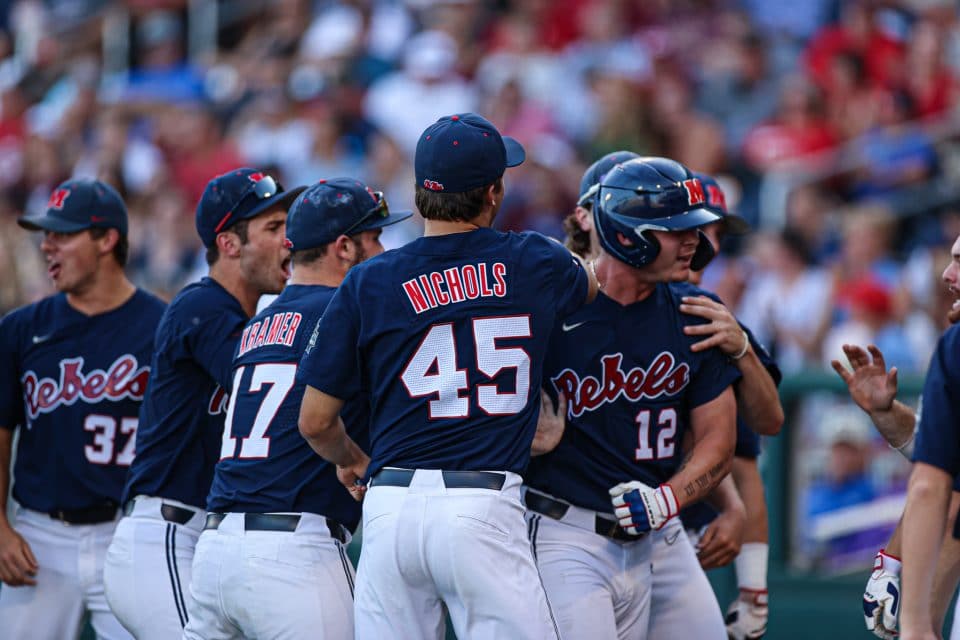 Ole Miss’ postseason winning streak ended on Wednesday night as the Rebels ran into a roadblock against the Arkansas Razorbacks, losing by a score of 3-2. Now, both teams are in a do-or-die situation.

While Ole Miss began its College World Series campaign hotter than any other team, the Rebels’ offense was deflated on Wednesday by a slew of Arkansas’ left-handed pitchers, causing the team to drop its first game since the SEC Tournament.

Nevertheless, Ole Miss’ chances to advance to its first CWS championship lie on the shoulders of junior RHP Dylan DeLucia. In his last three outings, DeLucia has pitched over 18 innings, allowing just 13 hits and five earned runs. Ole Miss’ hopes to advance to the championship are dependent on DeLucia’s success paired with team veterans stepping up on offense.

In its first College World Series game against Ole Miss, Arkansas used seven different pitchers and seemed unable to keep the Rebels off of the scoreboard. The tables turned during Wednesday’s rematch game as the Razorbacks’ pitching, led by freshman LHP Hagen Smith, appeared to overwhelm Ole Miss’ offense.

Arkansas will turn to senior RHP Connor Noland in a last-ditch effort to advance to the final round of the College World Series. Noland was spectacular in his last outing, which came against the Stanford Cardinal, throwing for more than seven innings and allowing just two earned runs on six hits. In his last appearance against Ole Miss, Noland threw for eight innings and allowed four earned runs in a 4-2 loss.

Two more arrested in the killing of off-duty MHP trooper