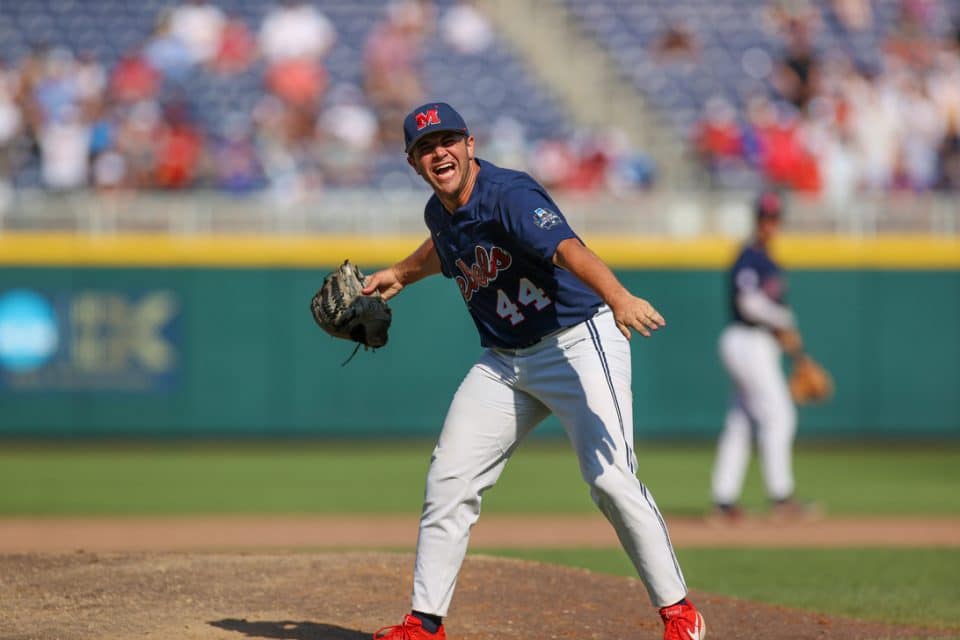 The Ole Miss baseball team is just two wins away from its first national title in program history, but it won’t come easy as the Oklahoma Sooners have been absolutely dominant since the beginning of the College World Series.

The Ole Miss baseball team has reached the promised land, but two wins against a red-hot Oklahoma team will be required for the Rebels to win the first national title in program history.

After being one of the last teams selected to play in the NCAA Tournament, Ole Miss (40-23) has played like a team on a mission to prove everybody who once doubted them wrong. The Rebels’ postseason success can largely be attributed to the performances of its pitching staff and more specifically, junior RHP Dylan DeLucia.

The Rebels’ season was on the line in a do-or-die matchup against Arkansas on Thursday, but DeLucia made it his goal to will his team to the championship series. DeLucia pitched a complete game in which he struck out seven batters, allowed no hits, and gave up zero runs. Ole Miss will look to the rest of its pitching staff to follow in DeLucia’s footsteps as it takes on an Oklahoma team that has not trailed at any point during the College World Series.

Oklahoma (45-22) had a similar journey as the Rebels on its road to Omaha. The Sooners had to travel to Gainesville and defeat the Florida Gators in regional play. Following the regional, the team had to make a pit stop in Blacksburg and defeat an offensive juggernaut in Virginia Tech to advance to the College World Series.

Since making it to Omaha, Oklahoma has struck on all cylinders. In the past three games, Oklahoma has scored a total of 24 runs while only allowing its opponents to put 11 collective runs on the scoreboard. The Sooners are also the only undefeated team left in Omaha, and they are looking to use an extra day of rest as a benefit against an Ole Miss team who played on Thursday.