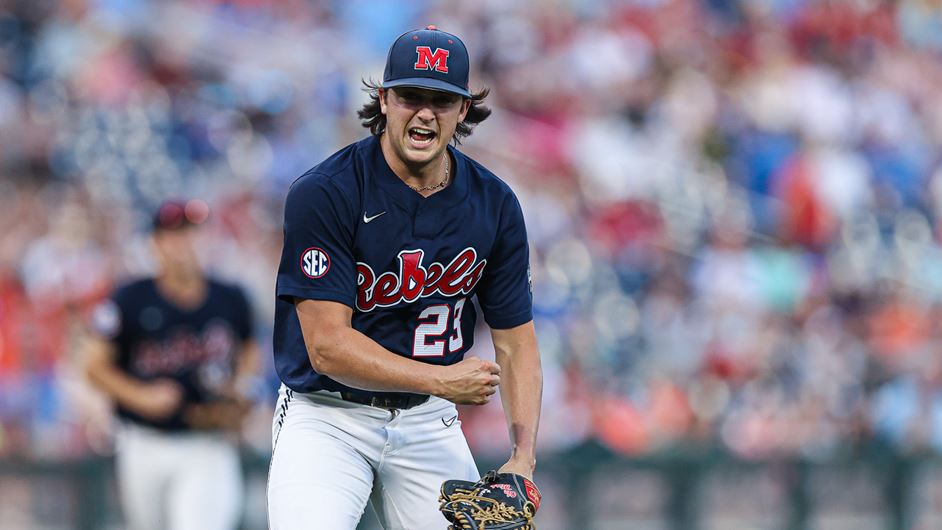 The storied postseason for Ole Miss baseball will continue tonight as the Rebels are set to take on the Arkansas Razorbacks in round two of the College World Series.

Ole Miss (38-22) is now the only remaining team to be undefeated since the NCAA Tournament began on June 3. The Rebels have won six games in a row, but even more impressively, they have outscored their opponents 51-12 in that span. The latest of those was a 5-1 victory over the Auburn Tigers on Saturday night.

After a dominant performance from junior RHP Dylan DeLucia, the Rebels were able to impose their will and cruise on to round two on the winner’s side of the bracket. Ole Miss will now turn to true freshman Hunter Elliott to face Arkansas in what could be deemed a revenge game. The last time Elliott faced Arkansas, the Razorbacks defeated the Rebels by a score of 6-3.

Arkansas (44-19) has had a unique season of its own. While the Razorbacks had won consistently throughout the regular season, the team lost six of its last eight games, which cost them an opportunity to host a regional.

Nevertheless, Arkansas went to a hostile environment in Stillwater, Oklahoma, and won three out of four games to advance to the Chapel Hill Super Regional. The Razorbacks proceeded to sweep North Carolina on the road, punching their ticket to Omaha. In round one, Arkansas had no mercy on Stanford as they defeated the Cardinal 17-2.

How to watch Ole Miss vs. Arkansas