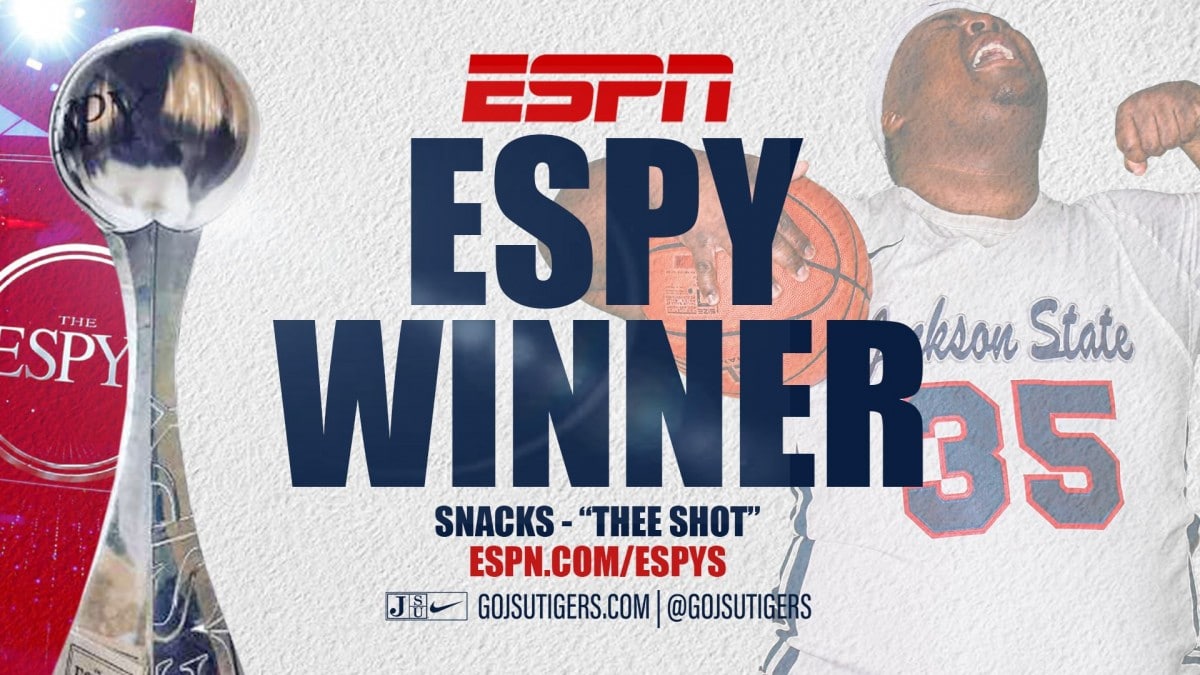 The nation couldn’t stop watching the viral moment as Snacks came off the bench to nail a 3-pointer in the closing minutes of JSU’s senior night win over UAPB back in March.

He also knocked off No. 1 seeded Olympic Superstar and two-time ESPY award winner Simone Biles in the elite eight as he advanced past Biles’ world record-setting moment.

‘Stennis Flag’ is now ‘Hospitality Flag’ as founder steps away