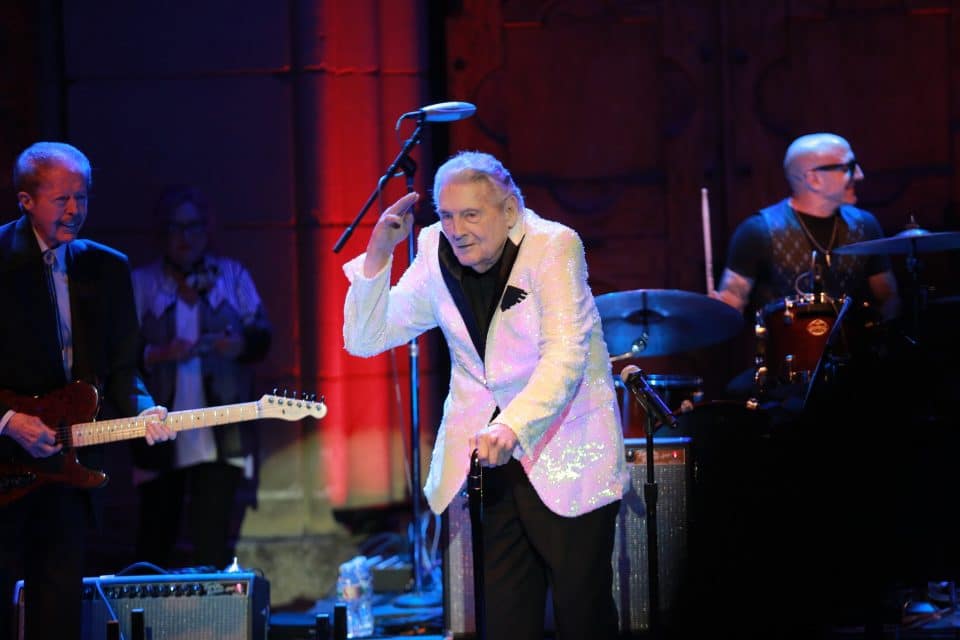 Funeral arrangements for Jerry Lee Lewis have been announced by the family of the rock ‘n’ roll pioneer.

Beginning on Thursday, a public visitation will be held at Hernando Funeral Home in Hernando from 5-8 p.m. On Saturday from 10-11 a.m., a second visitation will take place at Young’s Funeral Home in Lewis’ hometown of Ferriday, La. A private burial will be held after with a celebration of life commencing at 1 p.m. at the Arcade Theater in Slidell, La.

“All services open to the public with limited capacity,” a note on Lewis’ Facebook page reads. “Jerry Lee Lewis loved his fans and we want them to be able to celebrate his life with us.”

For those who can’t make it, Saturday’s service will be live-streamed.

Lewis, who lived his later years in Mississippi, died Friday at the age of 87. The “Great Balls of Fire” singer is survived by his wife, Judith, and four children.