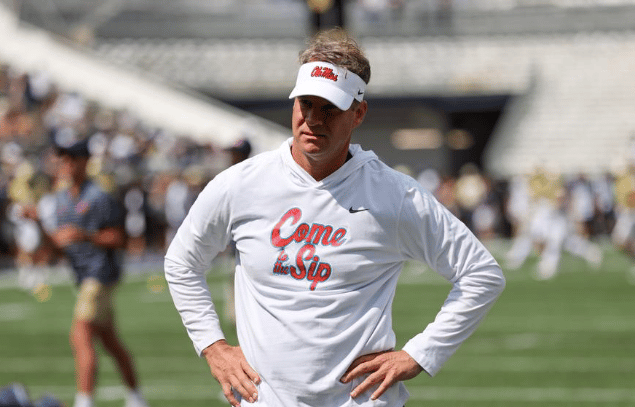 Update: According to ESPN’s Chris Low, Lane Kiffin has informed Ole Miss staff members that he plans to remain in his position as the team’s head coach and will not be accepting an offer from Auburn. Kiffin is expected to sign his contract with Ole Miss, which is expected to be $9 million per year for at least eight years. With Mississippi law prohibiting public employees to have contracts longer than four years, the agreement will go through Ole Miss’ private foundation.

As for Auburn, the Tigers will announce their new head coach within the next two days, so that interim coach Carnell “Cadillac” Williams will have the spotlight during the Iron Bowl. Former Ole Miss head coach Hugh Freeze is still the likeliest candidate to receive the Auburn job.

Despite speculation that Lane Kiffin was Auburn bound after the Egg Bowl, it appears the Ole Miss head coach’s future in Oxford is not quite over.

As of Wednesday morning, it was all, but a foregone conclusion that Kiffin was planning to sign a contract with Auburn and end his tenure at Ole Miss.

Now, that seems to have changed. Sources close to the Ole Miss football program say that Kiffin has reached out to his team and given them a message indicating that he will continue to be the team’s head coach going forward — one stronger than the message he gave during Tuesday’s team meeting.

On the Auburn side, former Ole Miss head coach Hugh Freeze has gained momentum to become the Tigers’ next coach.

Nothing has been stated publicly, but now it is a waiting game to see if Kiffin will sign his extension with Ole Miss continues.