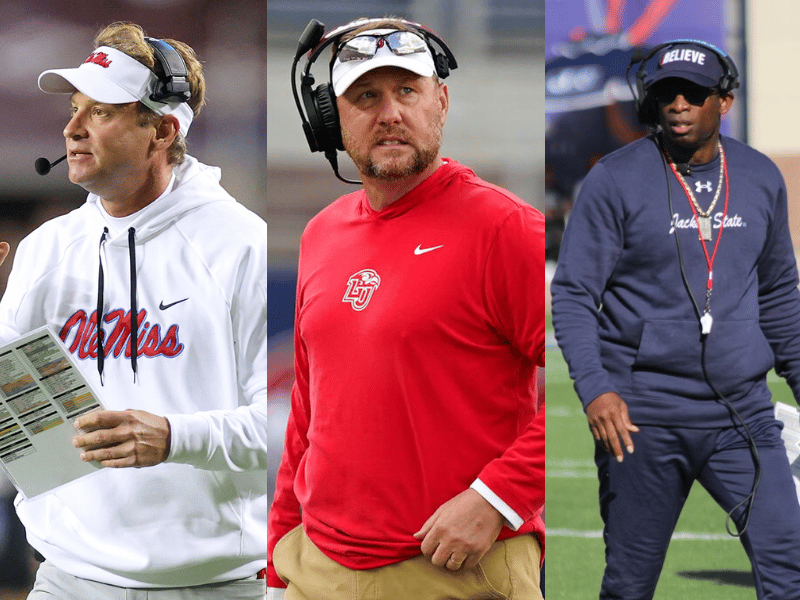 Mississippi has developed a reputation for unique titles such as the Magnolia State, the Birthplace of America’s Music, and the Hospitality State, but now it appears that Mississippi is becoming best known nationally for its college football coaches.

With Bryan Harsin being ousted as Auburn’s head football coach, causing the university, led by new Athletics Director John Cohen, to launch a nationwide coaching search, it comes as no surprise that those with Mississippi ties have been listed atop the list of qualified candidates.

According to SEC Network Analyst Cole Cubelic, a former Auburn offensive lineman, Lane Kiffin has been the talk of the town in the plains, and rightfully so.

Since taking the Ole Miss job in 2019, Kiffin has mounted an impressive 23-9 record as the Rebels’ head coach and has led the team to its first-ever 10-win regular season. Not only is Kiffin’s overall record eye popping, but his ability to rebuild a program that was fresh off of NCAA sanctions and had significant roster deficiencies has made him a viable candidate for a program in dire need of a roster shake up.

“I think the interest from Lane’s perspective — at least from the Auburn side — is real. I think that his camp has listened and has probably had a few conversations,” Cubelic said on SportsTalk Mississippi. “I know he’s a target and I’ve said it publicly. I think he would be best case scenario for Auburn.”

Former Ole Miss head coach Hugh Freeze has also emerged as a potential suitor for the job. Although Freeze’s reputation took a hit amid the scandal that placed the Rebels on probation and made his resignation obligatory, the respected offensive mind has resurrected his career at Liberty.

Freeze, thus far, has amassed a 34-12 record as the Flames’ head coach and most recently defeated Arkansas in Fayetteville, a feat he was unable to accomplish when at Ole Miss. Cubelic believes that Freeze’s baggage would create more obstacles in the vetting process, but that he would undoubtedly be a winning coach at Auburn if given the chance.

“I think you vet him and you talk about it. He could come to Auburn and win. I have no doubt about that. That’s a decision that some people internally are going to have to make,” Cubelic said. “We know what’s going to come with [hiring Freeze] and there’s a lot that would have to be dealt with. But if you’re asking me if Hugh Freeze could come to Auburn and win — yeah, absolutely.”

Another candidate for the vacant head coaching position is none other than Jackson State’s Deion Sanders. Coach Prime’s immediate success at Jackson State both on the field and in recruiting has made him an attractive candidate, even though he lacks FBS coaching experience.

Sanders also made JSU such a nationally relevant program that ESPN’s College GameDay made its way to Mississippi’s capital city for the first time ever just a couple of weeks ago. Coach Prime is definitely a dark horse candidate to be the Tigers’ next head coach, but there is no doubt that his ever-growing resume will land him in a bigger position if he’s willing to take it, and that next step could be at Auburn.