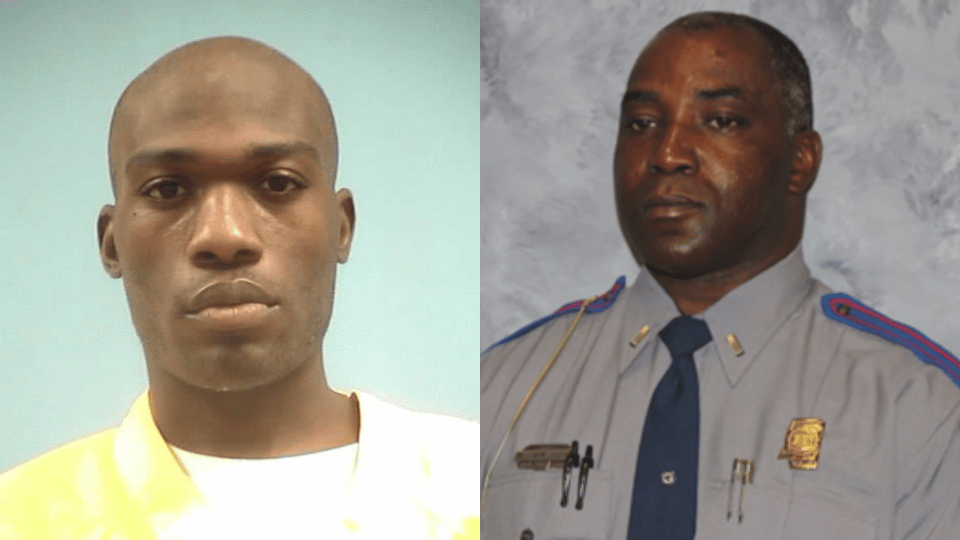 Photos courtesy of MDOC and MHP

Nearly two years after Lt. Troy Morris of the Mississippi Highway Patrol was killed, Damion Whittley has been sentenced to 40 years behind bars.

Whittley 27, pleaded guilty to depraved heart shooting. On August 7, 2020, Morris, who worked part-time for the United States Postal Service, was sitting in a mail truck on the side of U.S. 61 in Jefferson County with a flat tire. While waiting for assistance, Morris was killed by Whittley, officials say.

“We are deeply saddened at the loss of Lieutenant Troy Morris,” MHP Colonel Randy Ginn said at the time. “He was a good man, friend, and a valuable member of this agency. He will truly be missed by the Mississippi Highway Patrol. Our thoughts and prayers are with his family.”

Whittley received the maximum sentence on Wednesday with 30 of the 40 years without the possibility of parole.

Morris, of Natchez, had served 27 years with MHP prior to his death.