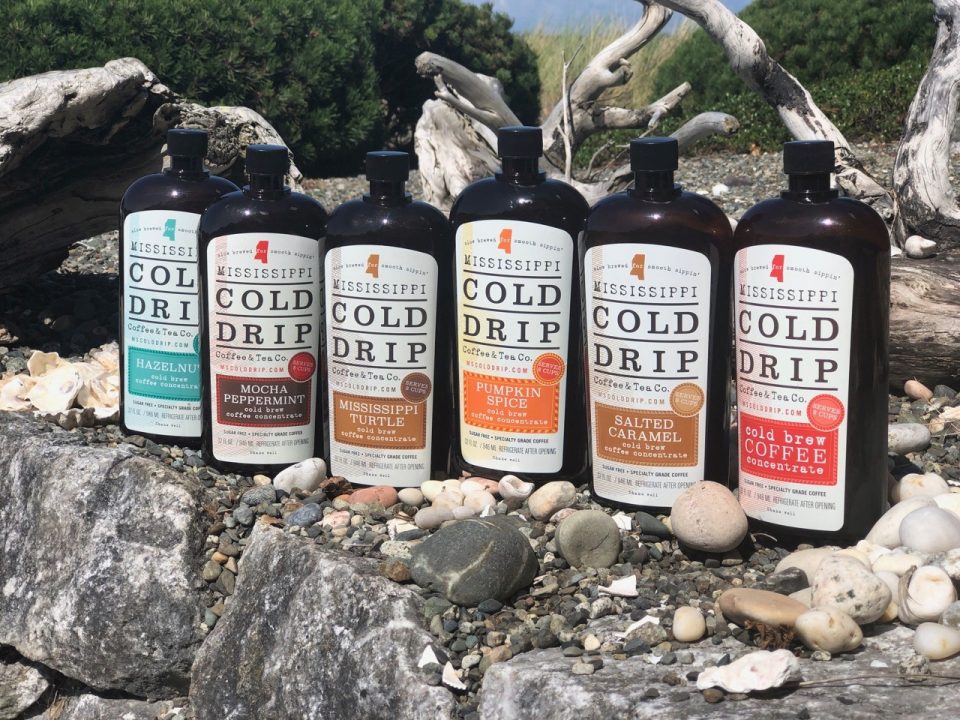 As a child in New Orleans, Raymond Horn has early memories of coffee. His mother brewed coffee concentrate in whiskey bottles – there was always one brewing on the counter and one ready to drink in the fridge. As an adult, Raymond moved from New Orleans to California and then on to Mississippi, where he found himself disappointed at local coffee offerings. He began brewing his own concentration and gave some friends, who quickly turned into frequent customers.

After several years of brewing and selling his friends and family, he left his career in the foodservice industry to start his own business. Mississippi Cold Drip Coffee and Tea Company was officially formed in 2010!

Over the last decade, Raymon, and now business partner, Jon Peterson, have taken this business further fast thanks to community stakeholders and unique partnerships. Connecting with Doug Eltzroth of Jackson, a pastor and head roaster for Northshore Specialty Coffee, brought another layer of local flavor to their brand and product.

Listen as all three, Raymon Horn, Jon Peterson, and Doug Eltzroth, sit down with Rebecca Turner and talk coffee!