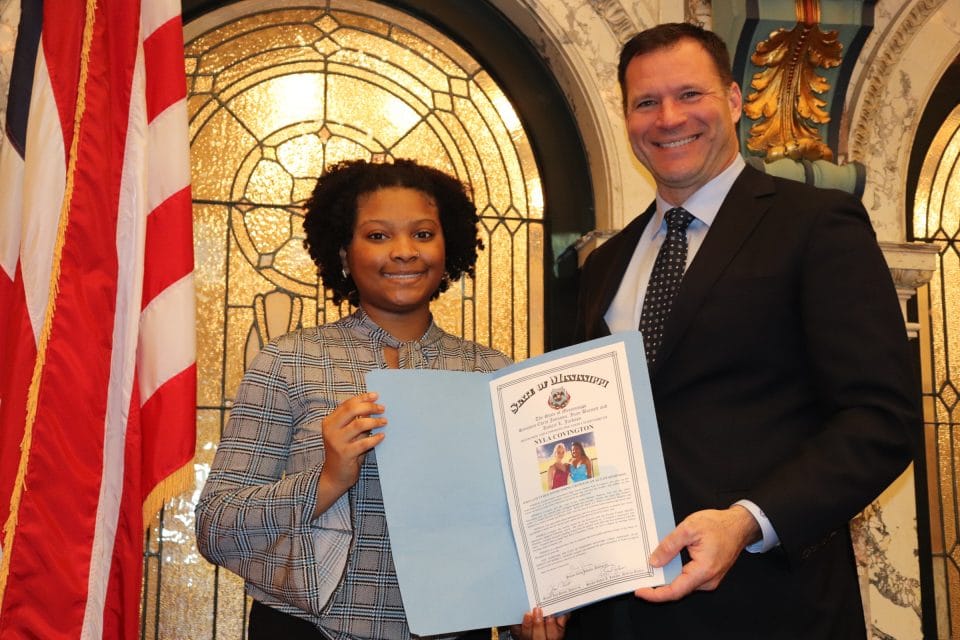 Rather than accepting the crown, Covington turned and gave it to her peer and best friend Brittany Walters, who had just lost her mother to cancer that morning. The touching moment went viral, leading to news outlets across the nation covering the story.

On Tuesday, the Mississippi Senate honored Covington with a commendation for her selfless act of kindness.

“Covington was given a standing ovation from the packed room after she was presented with the award,” a release from the Mississippi Senate said.

Covington, who plans to attain a degree in nursing from Pearl River Community College, was also honored with the Forrest County Sheriff’s Department Inaugural Citizenship Award.