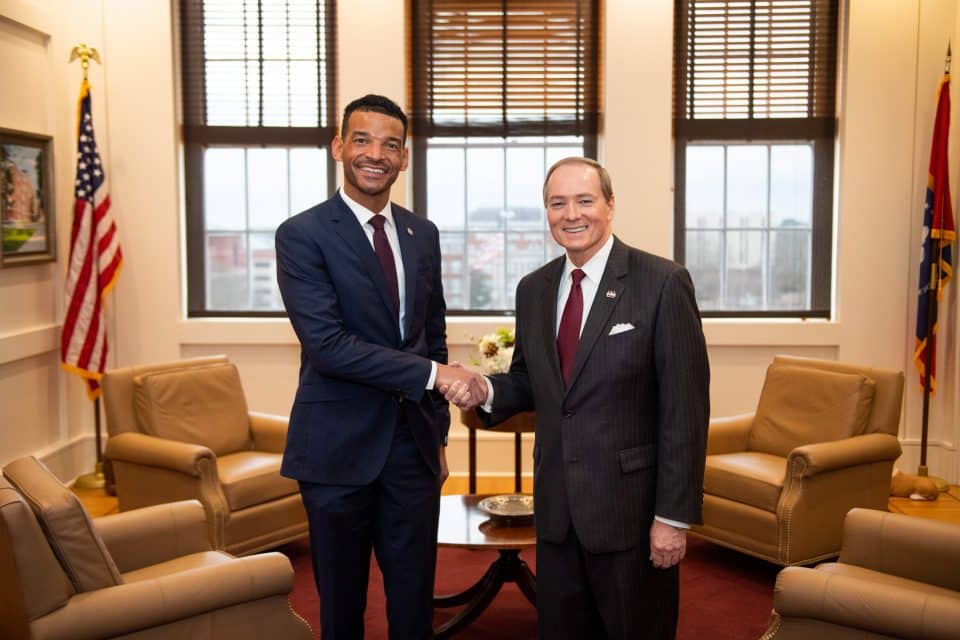 A four-year dean’s list member as a student-athlete at Wake Forest University, Selmon graduated with a Bachelor of Arts degree in religion and international studies in 2007. He was a four-year starter at tight end on the Demon Deacons’ football team.

In 2010, Selmon graduated from OU with a master’s degree in education and an emphasis in intercollegiate athletics administration.

“We’ve talked about the Selmons and their great football legacy. Zac’s experience as a successful student-athlete at Wake Forest is an important component as is his relevant athletics administration experience,” MSU President Dr. Mark Keenum said. “But I think my focus during the interview process was how seamlessly Zac’s values of family, faith and character align with those of Mississippi State University.”

Selmon, the first Black AD in MSU history, replaces John Cohen, who left his position in Starkville to hold the same title at Auburn on October 31, 2022.

Join us in welcoming MSU’s new Director of Athletics Zac Selmon, a rising star in athletics administration and leader with extensive experience.