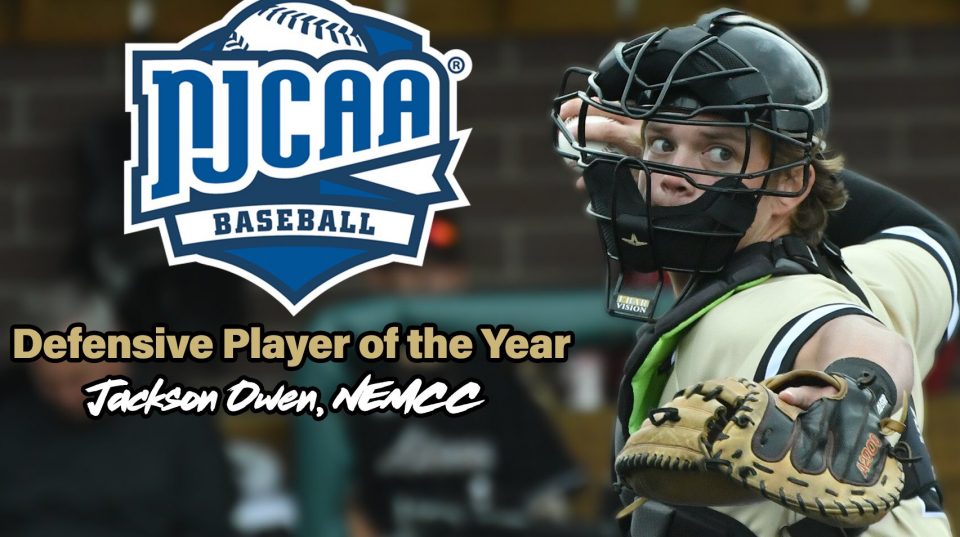 Owen, a freshman from Starkville, was known for being a defensive force. Throughout the season, he caught 15 runners attempting to steal a base. Owen also had four games in which he prevented multiple runners from stealing bases, one of these took place in a victory against the national champions in Pearl River Community College.

“I can’t say enough good things about him,” NEMCC head coach Richy Harrelson said. “I’m just pumped for the guy. Most people don’t see the extra stuff he does to become a better player. He’s always one of the first guys to practice.”

The freshman also stood out offensively. Owen ended the season on a 16-game hitting strike. He also had a .360 batting average and hit a team-best 10 home runs on the season.

This honor comes just after Owen had received a Rawling Gold Gloves Award at the catcher position from both the NJCAA and the American Baseball Coaches Association.

Owen is the first player in NEMCC baseball history to earn a national player of the year honor.