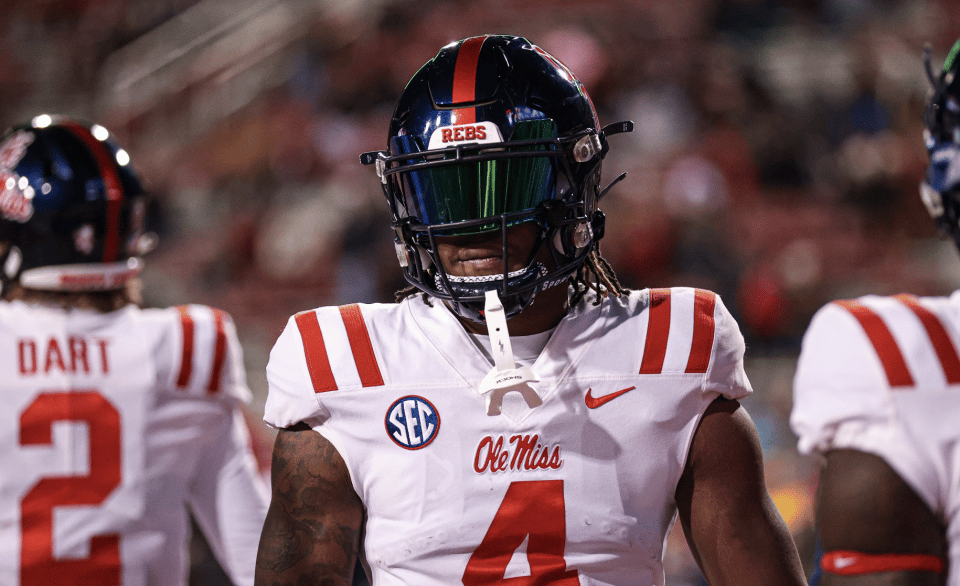 Stifled by poor red zone play, three turnovers, ineffective defense, and penalty after penalty – two of which resulted in negated touchdowns – Ole Miss (8-3, 4-3 Southeastern Conference) allowed Arkansas (6-5, 3-4) to jump out to a 42-6 lead. That’s when the Razorbacks let off the gas, giving the Rebels a chance to close the deficit to just 15 points in the second half.

“I told the team there is a recipe to not winning, and it’s three turnovers,” Ole Miss head coach Lane Kiffin said after the game.

Statistically, running backs Quinshon Judkins and Zach Evans led the way for the Rebels, both accounting for over 200 yards. Judkins, who broke the school’s single-season record for touchdowns last week against Alabama, etched himself in the record books yet again surpassing Kayo Dottley for most rushing yards in a single season in Ole Miss history.

Next up for the Rebels will be a Thanksgiving matchup against in-state rival Mississippi State in the Battle for the Golden Egg.