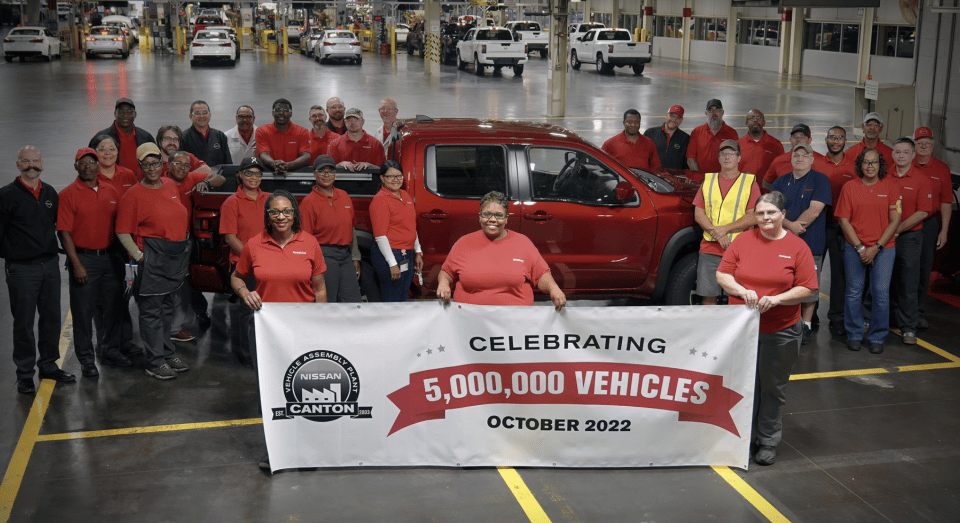 Earlier this month, the Nissan Vehicle Assembly Plant in Canton celebrated the production of its 5 millionth vehicle (Photo courtesy of MMA)

“Manufacturing is the engine that powers Mississippi’s economy,” the proclamation reads. “Mississippi’s manufacturers contributed $17.4 billion in real added value to the state’s gross state product, the highest of any non-farm industry in Mississippi.”

John McKay, president and CEO of the Mississippi Manufacturers Association, says the declaration celebrates the more than 150,000 individuals who work in the state’s manufacturing industry.

“Mississippi’s manufacturers are capable of achieving great things,” McKay said. “We must continue to support a favorable business climate and to invest in the workforce of tomorrow so we can continue to build a better future for our state and our country.”

As of current, the average manufacturing wage in Mississippi stands at $29.69 per hour with the industry as a whole contributing over $17.24 billion to the state annually.