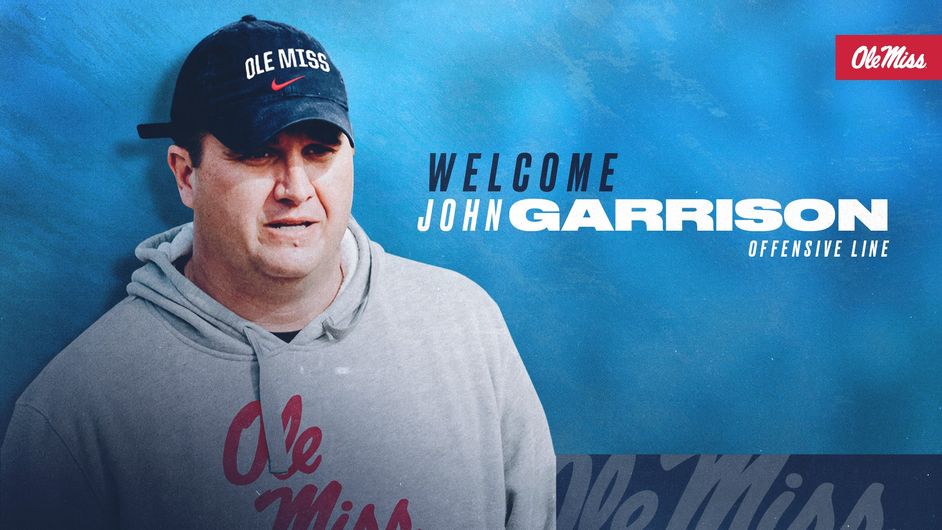 As a coach, Garrison has spent the last four seasons at North Carolina State and has over 15 years of experience at the collegiate level. The Blue Springs, Mo. native led a Wolfpack offensive line in 2022 that featured two All-ACC selections. He also coached Ikem Ekonwu, the first offensive lineman selected in the 2022 NFL Draft, from 2019 to 2021.

Prior to his time at NC State, Garrison worked alongside Lane Kiffin at Florida Atlantic as the Owls’ as run game coordinator and offensive line coach during the 2018 season. That season, FAU’s offensive line ranked No. 13 nationally in sacks given up.

Garrison was also recognized for his recruiting. In 2014, Rivals Sports labeled him a top-25 recruiter while he was Nebraska’s offensive line coach.

“John is one of the top coaches in the country,” Ole Miss head coach Lane Kiffin said. “We are always in pursuit to give our student-athletes the best in all areas, as we take the next step forward with our program here at Ole Miss.”

During his playing days, Garrison was a four-year letterman at Nebraska from 1999 to 2002, and earned honorable-mention All-Big 12 accolades as a junior and senior. Garrison was Nebraska’s starting long snapper as a true freshman in 1999, helping the Huskers to a 12-1 record and Big 12 title. He was a backup center and guard, and handled long snapping duties in 2000.

Kiffin brought Garrison aboard to replace Jake Thornton, who was hired to join Hugh Freeze’s coaching staff at Auburn.