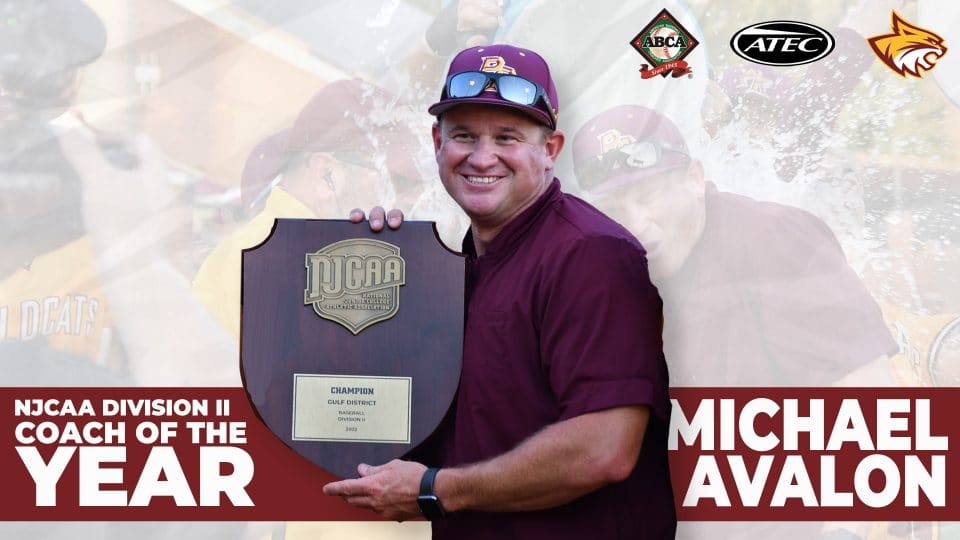 “Michael Avalon has established Pearl River Community College baseball as the premier junior college program in the country. Coach Avalon is a very dedicated, selfless, and tireless worker who sacrifices daily for those around him,” PRCC Athletics Director Scotty Fletcher said. “He is a players coach, who maximizes the ability and potential from every person associated within the program. His teams play with supreme discipline and have a subtle edge about themselves when they take the field and are always fun to watch.”

Avalon will be honored at the 2023 ABCA Convention in Nashville on January 6.