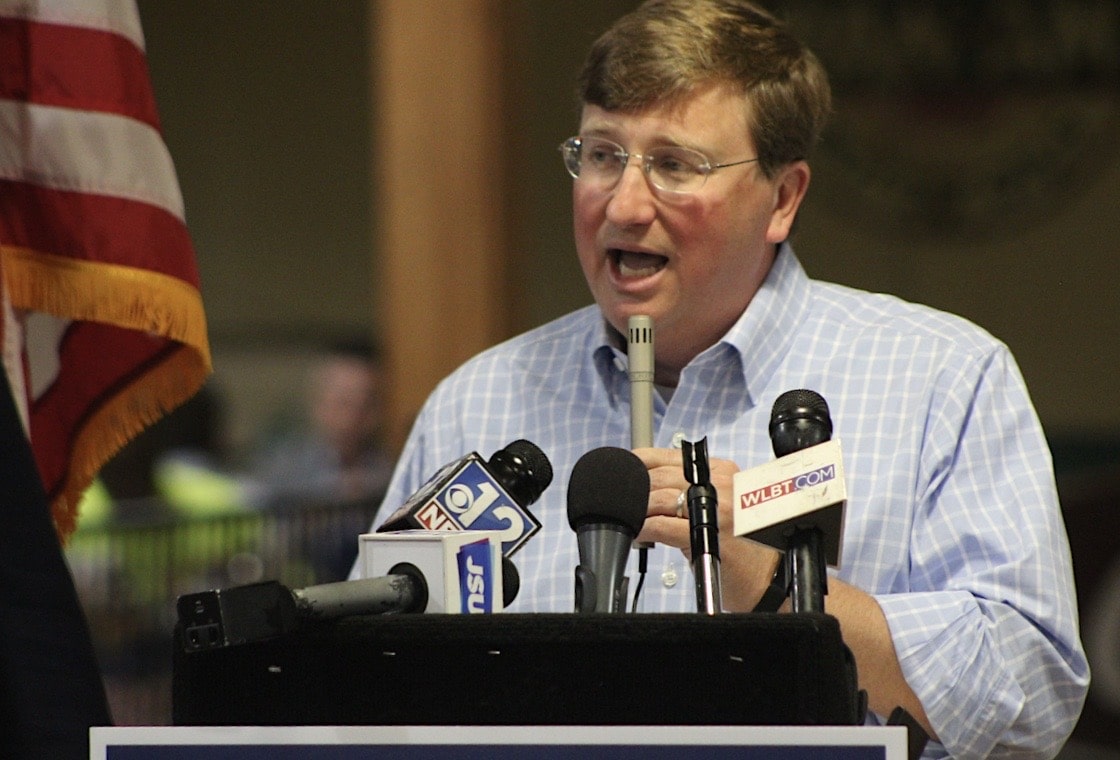 It’s been over a month since Governor Tate Reeves issued his first veto of the 2022 legislative session with four more following this Friday.

On March 17, Reeves vetoed HB 980, which would have given the Mississippi State Department of Health the ability to declassify a drug if it was declassified by the federal government before the return of the legislature.

Reeves included the following in his reasoning for the veto:

“House Bill 980 imprudently abdicates to the federal government the police powers of the state to regulate substances and impose criminal penalties for violations of Mississippi Controlled Substances Act. In some Democrat-controlled states there is a disturbing trend toward deregulating and decriminalizing such hard street drugs as cocaine, heroin, methamphetamine.”

Since then, Reeves has refrained from vetoing until April 22, when he vetoed four bills one day before their Governor’s Response Deadlines.

Only two of the bills were mentioned by Reeves over social media, referencing SB 2536 and SB 2306.

The first bill Reeves mentions, SB 2536, would have done more than just simplified the process for a previously convicted individual to receive voting rights again.

Prior to any discussion of voter rights, over half of the bill mentions the creation of a publicly accessible online registry of all offenders and a limitation on hiring those on the registry within the state’s departments.

After that, sections begin that discuss a one-time expungement of records depending on the felony five years after all terms and conditions of the conviction are fulfilled.

Additionally, the final paragraphs would allow for the individual to redeem their ability to vote again if proof of the expungement is shown and a voter registration application is submitted.

Representative Nick Bain (R-Corinth) drafted the original wording of the bill, saying that despite many courts already give voting rights back to those whose crimes are expunged, the bill would simply clarify that it should be done.

Reeves’ reasoning for the vetoing of the bill was included in his veto message, mentioning Bain’s intentions for the bill:

“With all due respect, Senate Bill 2536 is not an attempt to “clarify” existing laws, but rather an attempt to affect a significant and unwise change to Mississippi’s voting laws.”

The second referenced vetoed bill was SB 2306, which would transfer the power to assess civil penalties against a candidate or political committee regarding campaign finance disclosure reports from the Mississippi Ethics Commission to the Mississippi Secretary of State.

It would also prevent a candidate or political committee from seeking administrative review of a civil penalty by a hearing officer appointed by the State Board of Election Commissioners prior to filing an appeal in the Circuit Court.

Reeves expressed his disapproval of the bill as a bill in 2017 took the same power from the Mississippi Secretary of State and transferred it to the Mississippi Ethics Commission.

“I believed then, as I believe now, that the assessment of penalties for violations of campaign finance disclosure laws should be made by an appointed public body not subject to such laws, as opposed to a single elected official who is subject to such laws,” Reeves’ veto message explained.

Two additional vetoed bills, however, were not mentioned by the Governor on Friday. These bills were SB 2530 and SB 2336.

The vetoed SB 2530 would have required the Mississippi Department of Information Technology Services store instances of demand of payment because of ransomware attacks made to state agencies and governing authorities.

It would also require the department to provide a summary report of the instances to the Mississippi Legislature, which Reeves stated he did not support.

“The risk of publication or disclosure of the reports and related work on such potential vulnerabilities, even from inadvertent dissemination, can lead to further threats and exploitation of such vulnerabilities,” Reeves said. “For such work to continue, its confidentiality and protection is essential.”

Apart from the section that would have required a summary, the Governor stated he supported the bill’s intention to “prepare and protect state agencies… as well as to expand and enhance coordinated oversight over such cybersecurity events and threats.”

The final bill was SB 2336, which would remove the prohibition on the health insurance management board for imposing a surcharge regarding tobacco-related products.

A similar bill (HB 155) that contained similar amendments was signed by Reeves earlier this year, explaining the Governor’s veto of SB 2336.

Your Mississippi forecast for Tuesday, April 26