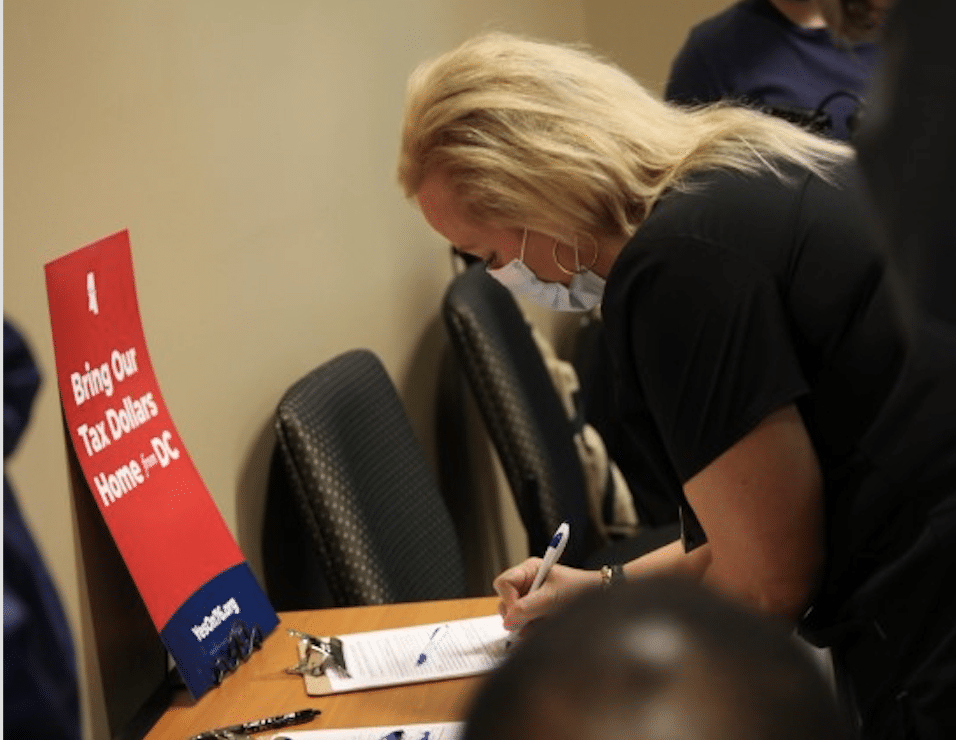 Photo courtesy of the MHA

Photo courtesy of the MHA

The journey to 106,190 signatures has begun for the supporters of an initiative that seeks to expand Medicaid in Mississippi.

A coalition of healthcare workers and advocates officially launched the effort to land Initiative 76 on the ballot in Mississippi in 2022. Should it pass, the initiative’s website, yeson76.org, states that it would expand access to healthcare for individuals making less than $18,000 a year or a family of four earning less than $37,000—around 200,000 Mississippians.

This was a sentiment echoed by Tim Moore, President of the Mississippi Hospital Association, who recently stated that the initiative was filed as a result of the state legislature failing to act over the past decade. Mississippi is one of just 12 states that has yet to expand Medicaid following the 2010 passage of the Affordable Care Act.

Cost is a major factor in the conversation surrounding Medicaid expansion, and the initiative aims to take advantage of language in the American Rescue Plan that promises a 90% federal match for states that opt to expand coverage.

Governor Tate Reeves has continuously voiced his opposition to the expansion of Medicaid. During a recent appearance on SuperTalk Mississippi, the governor stated that expansion would cost Mississippi taxpayers between $150 million and $300 million a year.

On the flip side, the MHA noted in a press release that “the state is expected to save more than $800 million in the first two years alone if it passes Medicaid expansion.” Moore further explained the ins and outs of the initiative on the JT Show back in April.

Along with the MHA, the Mississippi NAACP, Southern Poverty Law Center Action Fund, ACLU of Mississippi, Mississippi Chapter of the American Academy of Pediatrics, Mississippi Center for Justice, and Mississippi Health Advocacy Program are also initial supporters of the initiative.

The fate of Initiative 76 and all other active measures that are hoping to make their way onto the ballot potentially hinge on the anticipated ruling from the Mississippi Supreme Court in a case that has the state’s initiative process under the microscope.

Thunder & Lightning: The Rumblings May Be Goofy, But They’re Never Fake