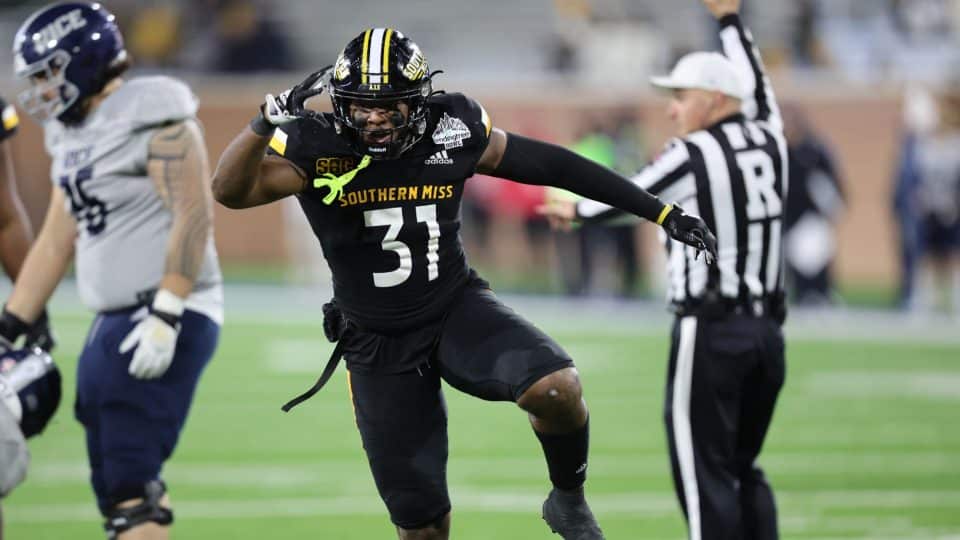 Southern Miss running back Frank Gore, Jr. and linebacker Daylen Gill have been named to the Associated Press All-Bowl Team for their outstanding play in the LendingTree Bowl.

Gore was selected as the only all-purpose player by the AP following the sophomore’s historic performance in USM’s 38-24 victory over Rice. The Miami native rushed for an all-time bowl record of 329 yards – breaking a record previously held by Appalachian State’s Camerun Peoples, who rushed for 317 yards against North Texas in the 2020 Myrtle Beach Bowl.

Gore rushed for two touchdowns, averaging 15.7 yards per carry against the Owls. Often used as a “super back,” Gore also went 2 of 3 passing for 19 yards and one touchdown.

Gill, one of four linebackers selected by the AP, led the Golden Eagles’ Nasty Bunch defense with 11 total tackles and three sacks. The Ole Miss transfer took home the game’s Defensive MVP before recently declaring for the NFL Draft.

The full AP All-Bowl Team can be viewed here.

Your Mississippi forecast for Tuesday, January 10