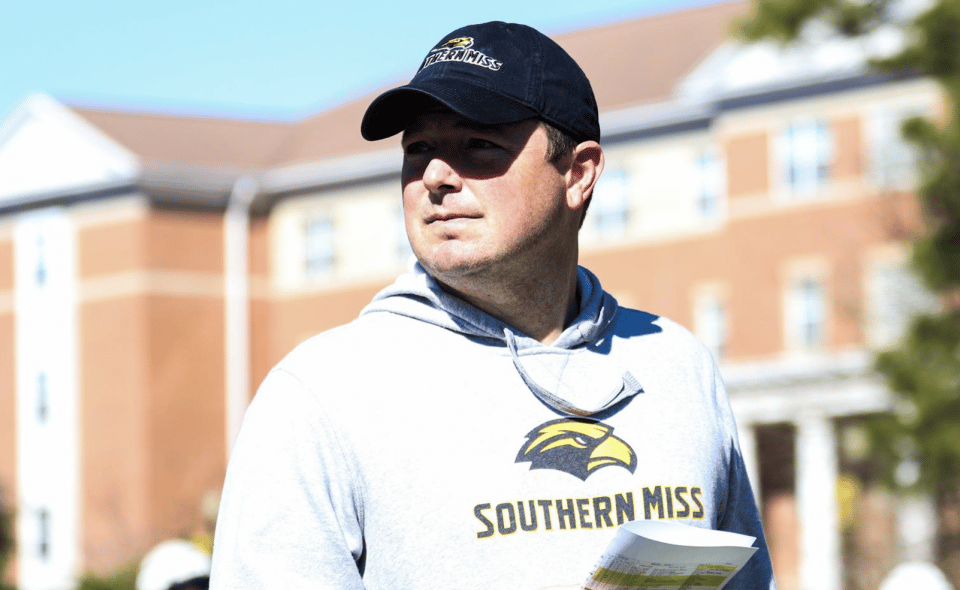 It’s been 38 years since Ole Miss and Southern Miss have played in football, but Golden Eagles head coach Will Hall would like to see the two teams square off again in the near future.

“I would love to get it done,” Hall said earlier this week at Sun Belt Media Days when a reporter from Laurel’s WDAM asked him about the possibility.

Desire aside, Hall noted that scheduling Ole Miss is virtually out of his control as the Rebels have all of their non-conference opponents booked through 2027.

Hall then shared his reasoning on why it would be good for Southern Miss to not only work towards scheduling Ole Miss but to keep scheduling Mississippi State. The Golden Eagles and Bulldogs are set to play in both 2023 and 2025.

“We’re going to play a so-called Power Five school every year, so it would be great if we played it right here and keep all that money in-state and do it right here,” Hall said. “I’d much rather play Mississippi State and Ole Miss than Alabama and Ohio State and Miami and those guys.”

The Golden Eagles open up their inaugural season in the Sun Belt on September 3 versus Liberty University and former Ole Miss head coach Hugh Freeze before traveling to the University of Miami in Week 2.