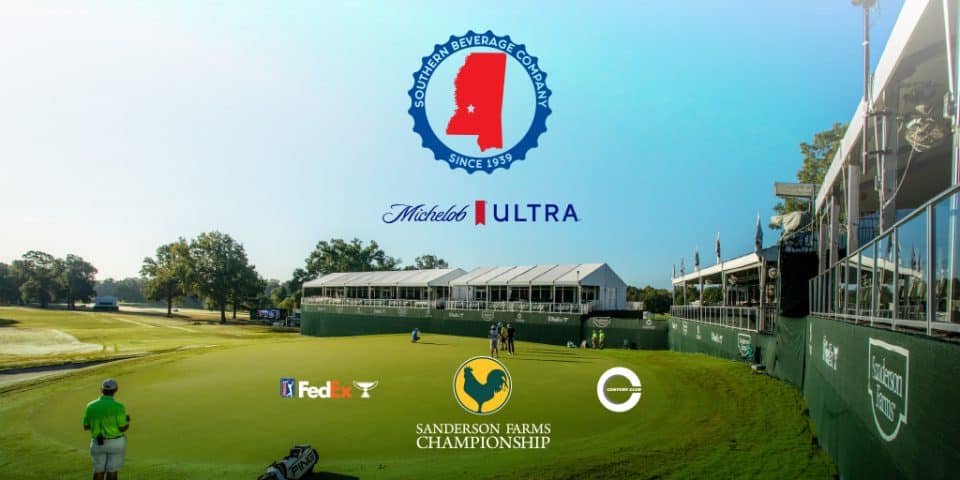 Not much goes better together than beer and golf, and officials at the Sanderson Farms Championship recognize that.

In the weeks leading up to Mississippi’s lone PGA event, tournament director Steve Jent announced on SportsTalk Mississippi that he had been working with both Southern Beverage Company and Michelob Ultra to introduce a new beer special at the 2022 Sanderson Farms Championship.

“Thanks to the folks at Southern Beverages and Michelob Ultra, we’ve got a new platform on the 13th hole. It’s the Michelob Ultra Club,” Jent said. “If you buy a special souvenir cup with your first Michelob Ultra and if a player on that par three hits a shot within 96 inches during the competition rounds – 96 inches, which is the number of calories in a Michelob Ultra – refills are $1 for the next 10 minutes.”

The Sanderson Farms Championship, along with its $1 beer special, will be on display at the Country Club of Jackson through Sunday, October 2. Hattiesburg native Davis Riley and Will Gordon are currently tied atop the leaderboard at -6.