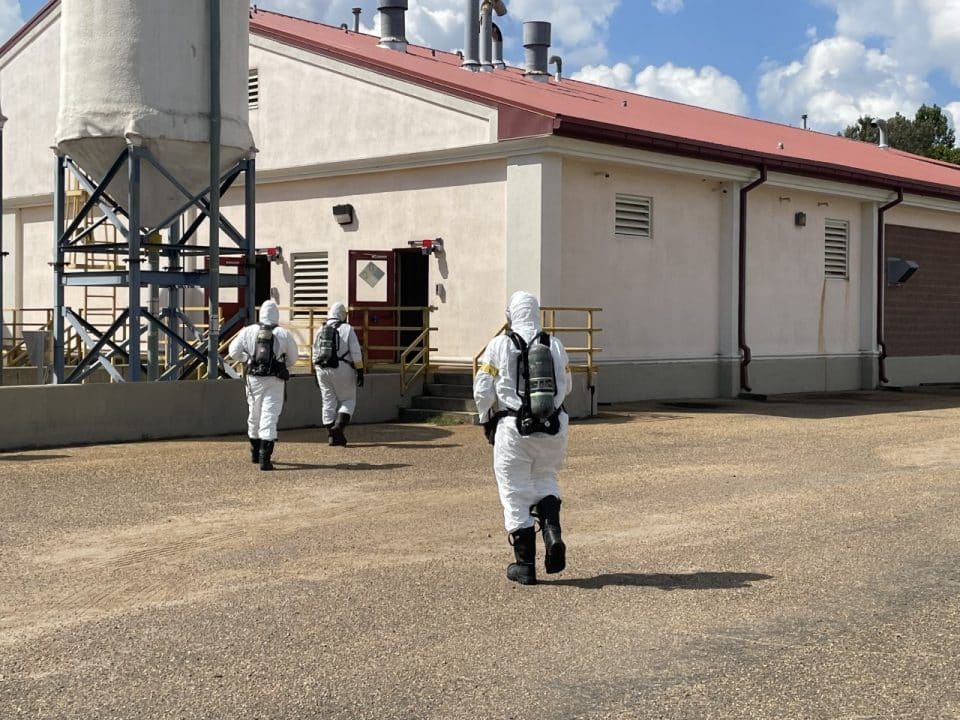 Unified Command addressing the multiple chlorine leaks at Jackson's O.B. Curtis Water Plant four days after the a boil water notice was lifted on the city (Image courtesy of the City of Jackson)

One month has passed since Jackson’s water crisis ended, leaving tens of thousands of residents across the city without water for over two weeks in September.

Now, the Unified Command of the Jackson Water Crisis incident has issued a request for qualifications (RFQ) for a 12-month emergency procurement contract for staffing for operations, maintenance, and management at the capital city’s water treatment facilities. These locations include the O.B. Curtis Water Treatment Facility, J.H. Fewell Water Treatment Facility, tanks, and well facilities of Jackson.

“MEMA is acting as the coordinating agency for the procurement of this contract. Staffing has been a critical issue at these facilities, and we are ready to move to the next phase of stabilizing Jackson’s water services. Our top priority is life safety,” says MEMA Executive Director Stephen McCraney.

Other reasons for the emergency contract include providing long-term solutions to sustain the state’s work at the named facilities.

Ole Miss moves to No. 7; Mississippi State falls to No. 24 in latest AP poll