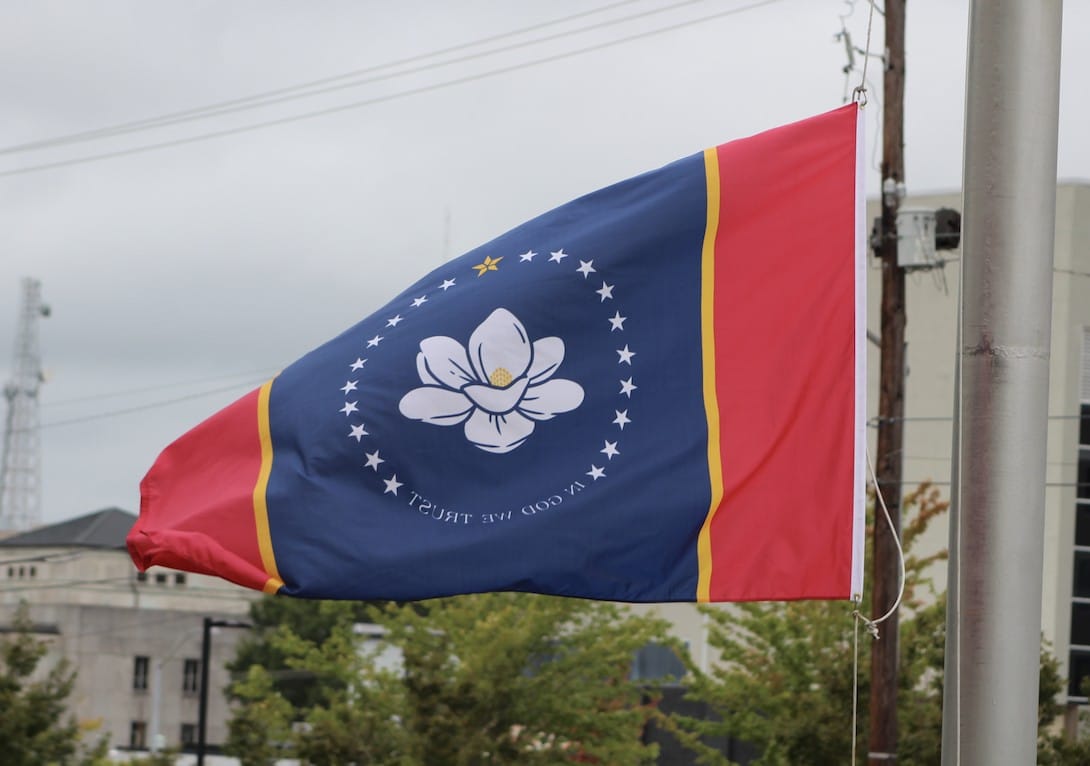 Last night, Mississippi voters overwhelmingly decided to adopt the ‘In God We Trust’ flag proposal as the new state banner, leaving just one more procedural hurdle to be cleared.

The Mississippi Legislature got the ball rolling on the process to remove the former state flag back in June, and after last night’s 72-28% vote, lawmakers will have one final role to play in the process.

According to the Lt. Governor’s office, the legislature will have to ratify the vote during the upcoming 2021 season in January. This will be done by a simple majority vote in both the House and Senate.

Following the adoption of the new state flag, former Mississippi Supreme Court Justice and Chairman of the Mississippi Flag Commission Reuben Anderson expressed that this represents a move in the right direction for the state.

“Mississippi voters sent a message to the world that we are moving forward together. I have a renewed sense of hope for my grandchildren and great-grandchildren, and I know this new symbol creates better prospects for the entire state of Mississippi. I am grateful to the commissioners for their leadership and to the voters for their support,” he said.

The last step of the process hasn’t stopped many across the state from proudly flying the new flag, including the University of Mississippi.

“At the University of Mississippi, we are very proud to unfurl the new flag representing a new day for the State of Mississippi.” 1/2 pic.twitter.com/LVHFb1zkGh

Prior to its removal, the former flag had not flown at any of the state’s eight public universities for several years. The institutions were among those who publicly called on state leaders to change the divisive flag.

Do you remember the fake telegram from President Ford during the State/Alabama game (75′)?