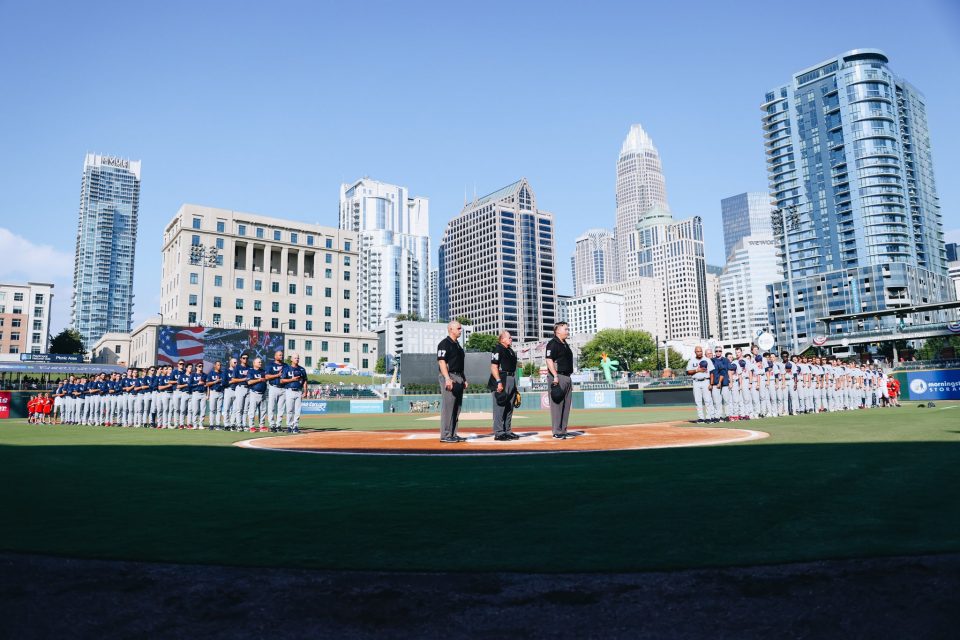 Following a five-game Stars vs. Stripes intrasquad series between players selected to compete for a spot on the USA Baseball Collegiate National Team (Team USA), the 26-man roster has been set.

Managing Team USA Mike Bianco who just finished his 22nd season as Ole Miss’ head coach by winning the first-ever national championship in program history. In addition, Bianco was named the 2022 Coach of the Year by Collegiate Baseball Newspaper.

“A week ago, as I sat with the fifty-one players that we invited to Cary, I told them what a tremendous honor this is because you are fifty-one of the best amateur baseball players in the United States of America,” said Bianco. “To narrow it down nearly in half is quite a task. We shared with all of them, as honestly and candidly as we could, that there are players that will go home that will play in the big leagues and be All-Americans next year. I commend these coaches and the USA Baseball committee on the selections we have made.”

Bianco’s team will include a few familiar faces who represented Mississippi universities this past college baseball season.

Ole Miss will be represented by Sophomore SS Jacob Gonzalez, a preseason All-American, and standout freshman LHP Hunter Elliott. The Tupelo native finished the championship season with a 2.70 ERA and a record of 5-3.

Representing Southern Miss will be sophomore RHP Tanner Hall who had a 2.81 ERA and a record of 9-3 during the 2022 season. Sophomore RHP Hurston Waldrep, who recently entered the transfer portal, will also be pitching for Team USA.

Team USA will travel to the Netherlands on Wednesday, July 6. The team will begin play in the Honkbalweek Haarlem against Japan on Saturday, July 9.

In addition, Team USA will also face are Italy, Cuba, the Netherlands, and Curacao.