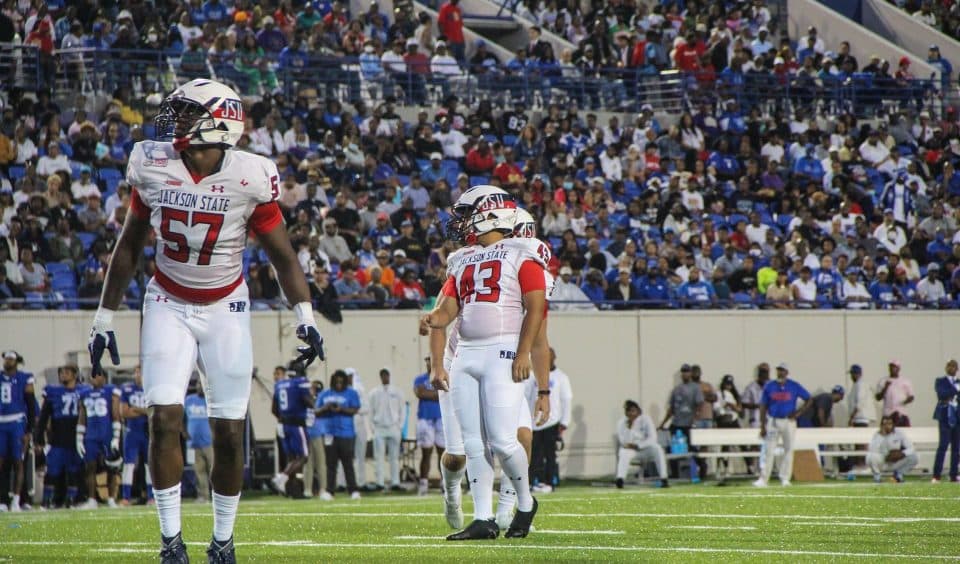 Thanks to three field goals from Alejandro Mata and eight sacks from the defense, Jackson State was able to come away with a 16-3 win over Tennessee State in the Southern Heritage Classic Saturday night at the Liberty Bowl.

One week after the Tigers exploded for eight touchdowns against Florida A&M, sophomore quarterback Shedeur Sanders and the rest of the offense weren’t able to get much of anything going against a stout Tennessee State defense.

Head coach Deion Sanders went to Twitter after the game, saying that Saturday’s performance wasn’t up to standard.

@GoJSUTigersFB Fans & Family we thank u for showing up & showing out at the game today. We appreciate u all so much. Although we don’t feel as tho we performed our best we won. Our Standard is our Standard and we are accountable for the Standard. God bless u all. #CoachPrime

Fortunately for Jackson State’s offense, the defense continued to prove as one of the best in FCS. On the day, defensive coordinator Dennis Thurman’s unit held Tennessee State to only two yards of rushing, 138 passing yards, and 11 first downs. The Tiger defense has yet to allow a touchdown this season.

Next up for the defending SWAC champions will be a home game against Grambling in the W.C. Gorden Classic.