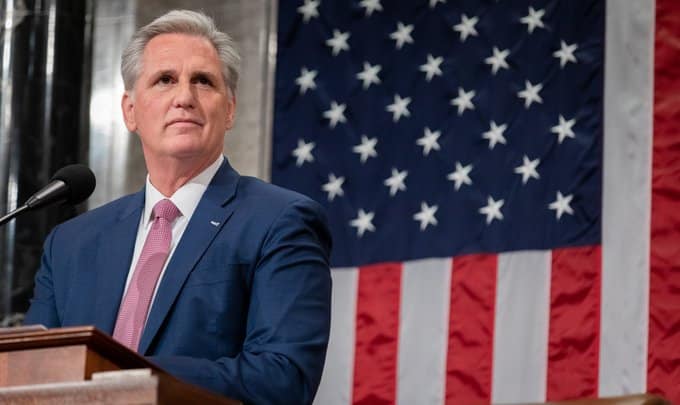 After 15 floor votes, Congressman Kevin McCarthy, R-Calif., has officially been named Speaker of the House, occupying the seat that was formerly held by Nancy Pelosi, D-Calif.

While McCarthy did not meet the 218-vote threshold typically necessary to secure a victory during the 15th vote, a small majority of 216 votes sufficed because his remaining GOP holdouts voted “present” instead of casting a ballot for another suitor.

McCarthy’s win has allowed members elected to the 118th Congress, such as Mike Ezell, R-Miss., to officially be sworn in.

It’s time to get to work in the new, Republican-led House of Representatives with a new, conservative Speaker. I’m ready to work with Speaker McCarthy to get America back on track. pic.twitter.com/XTukeF54Gk