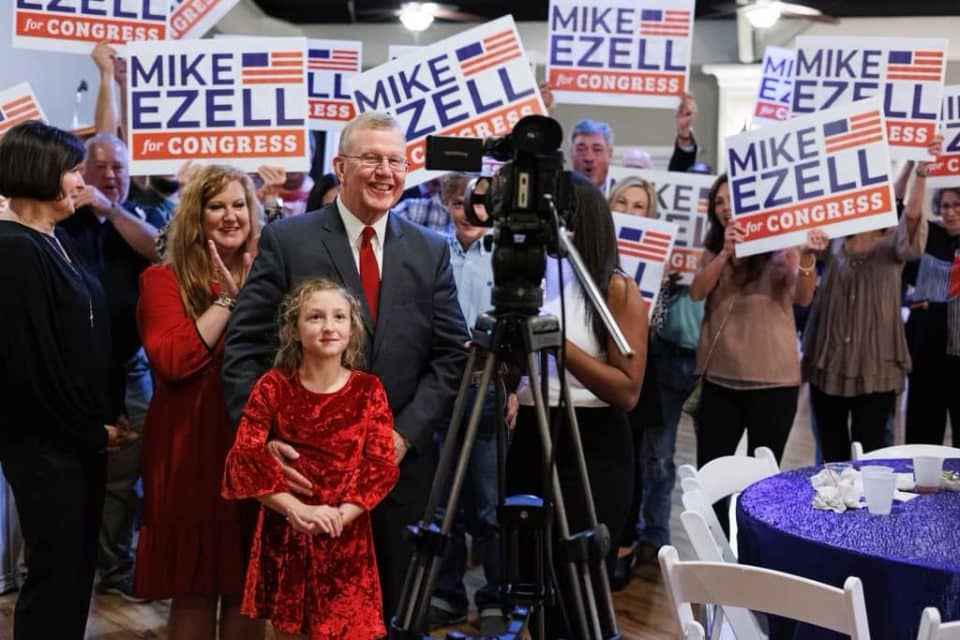 Mike Ezell has been sworn into office as the state’s newest representative after defeating incumbent Steven Palazzo for Mississippi’s fourth district in the runoff election in June.

Ezell, who previously served as Jackson County Sheriff for eight years and has over 40 years of law enforcement experience, defeated the six-term incumbent congressman after receiving 53.8 percent of the district’s votes. The former sheriff’s victory made history as being the first time since 2010 that a Mississippi congressional incumbent lost their spot in D.C.

A few months later, Ezell officially secured the seat after receiving the majority of votes in the November midterm election against Democrat Johnny DuPree. DuPree had previously served as mayor of Hattiesburg for 16 years from 2001-2017 and was the state’s 2011 Democratic nominee for governor.

“Thank you, south Mississippi!” Ezell included in a social media post. “I won’t let you down, I promise!”

Now, the new Congressman has begun as the state’s newest representative for the fourth congressional district after being sworn in during the opening of the 118th Congress.