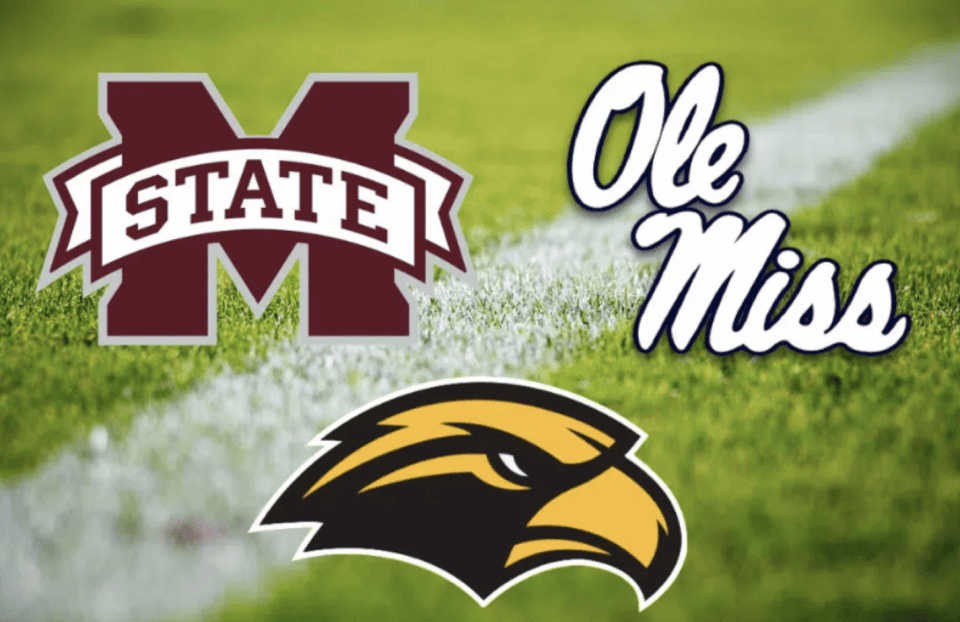 For the first time since the 2015 FBS season, Mississippi State, Ole Miss, and Southern Miss have all been selected to play in a bowl game.

Below, you can find an initial rundown of each team’s postseason matchup.

Mississippi State, coming off a big win over archrival Ole Miss, is making its 13th straight postseason appearance, which is the 7th-longest active streak in FBS – only behind Georgia (26), Oklahoma (24), Wisconsin (21), Alabama (19), Clemson (18), and Oklahoma State (17).

Illinois started the season strong, winning seven of the first eight before Brett Bielma’s squad began to fall flat at the end of the year, losing three of the final four. It’s the third meeting all time between Illinois and Mississippi State and the first since 1980 when the Bulldogs won 28-21.

The Reliaquest Bowl is scheduled for Monday, January 2 at 11:00 a.m. CT. The game will be played at Nissan Stadium. Tickets can be purchased here.

Ole Miss, who fell out of the rankings for the first time this season after losing to Mississippi State in Week 13, won their first seven games of the year before dropping four of the last five amid speculation that head coach Lane Kiffin might not return. Kiffin has since recommitted to the program, signing a new contract earlier this week.

Texas Tech, who is in the team’s first year under Joey McGuire, finished above .500 in league play for the first time since 2009 when no other than Mike Leach was at the helm. Overall, the Rebels hold a 4-2 series lead over the Red Raiders with the last matchup coming in 2018 in a 47-27 Ole Miss win.

The Texas Bowl will take place on Wednesday, December 28 at 8 p.m. CT. The game will be played at NRG Stadium. Tickets can be purchased here.

The Golden Eagles and the Owls played in the Conference USA together from 2007-2021 with each team winning six times in 12 meetings.

With Buffalo’s win over Akron Friday night, Rice is one of just two teams, alongside New Mexico State, to be featured in this year’s postseason with a losing record. Southern Miss, who is bowl-bound for the first time since 2019, will look to win its first postseason contest in the Will Hall era.

The LendingTree Bowl is set for Saturday, December 17 at 4:45 p.m. CT. The game will be played at Hancock Whitney Stadium on the campus of South Alabama. Tickets can be purchased here.