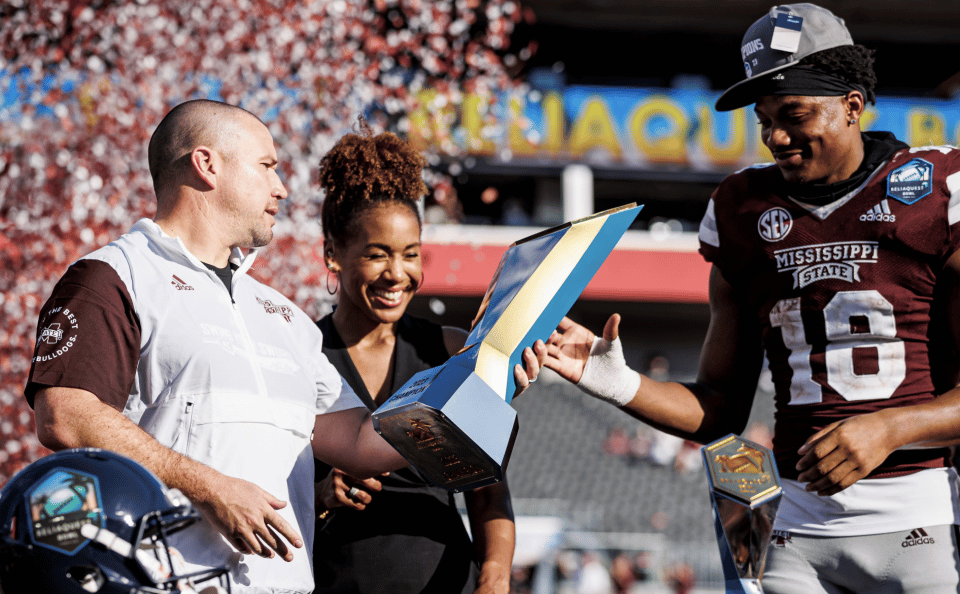 In what was a defensive duel, No. 22 Mississippi State defeated Illinois 19-10 in Monday afternoon’s ReliaQuest Bowl.

Following a scoreless first quarter, Illinois quarterback Tommy DeVito was the first from either team to find the end zone with his sixth rushing touchdown of the season. The Bulldogs responded with an 8-play, 55-yard drive capped off by a Massimo Biscardi field goal going into the break.

The Fighting Illini re-extended their lead to seven with a 52-yard field goal from Caleb Griffin for the only score of the third quarter.

The fourth quarter is where things got interesting as Mississippi State quarterback Will Rogers connected with Justin Robinson on an 8-yard touchdown to open the final period of play, tying the game at 10.

After 14 more minutes of scoreless play, Biscardi broke the tie with a 27-yard field goal with just four seconds remaining. The Bulldogs then put an exclamation mark on the victory when Marcus Banks returned a failed lateral attempt by Illinois for a 60-yard touchdown to close out the contest.

The Bulldogs, guided by new head coach Zach Arnett following the recent passing of Mike Leach, set a program bowl record with seven sacks on the way to the program’s first nine-win season since 2017.