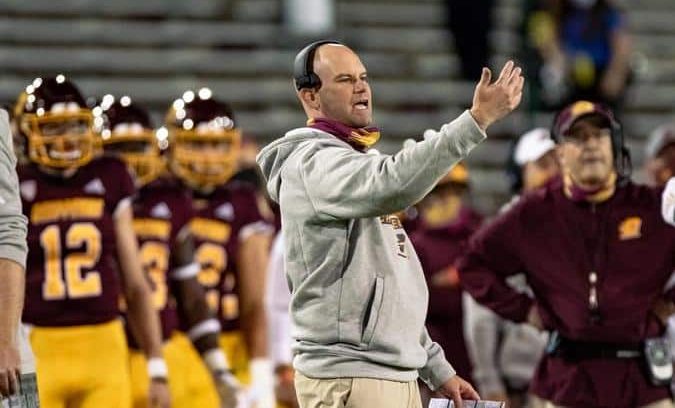 Mississippi State is finalizing a deal to hire Kevin Barbay as the team’s offensive coordinator, per Sports Illustrated’s Ross Dellenger.

Prior to his time with the Mountaineers, Barbay served as offensive coordinator under Jim McElwain at Central Michigan for three seasons.

Barbay, a Jim McElwain disciple, has captained offenses the last two years at App and Central Michigan that have ranked in the top 32 in the nation.

The latest announcement comes as newly-named head coach Zach Arnett looks to turn the Bulldogs’ football program into his own following the tragic passing of Mike Leach.

This is a developing story. More details will be provided when made available.