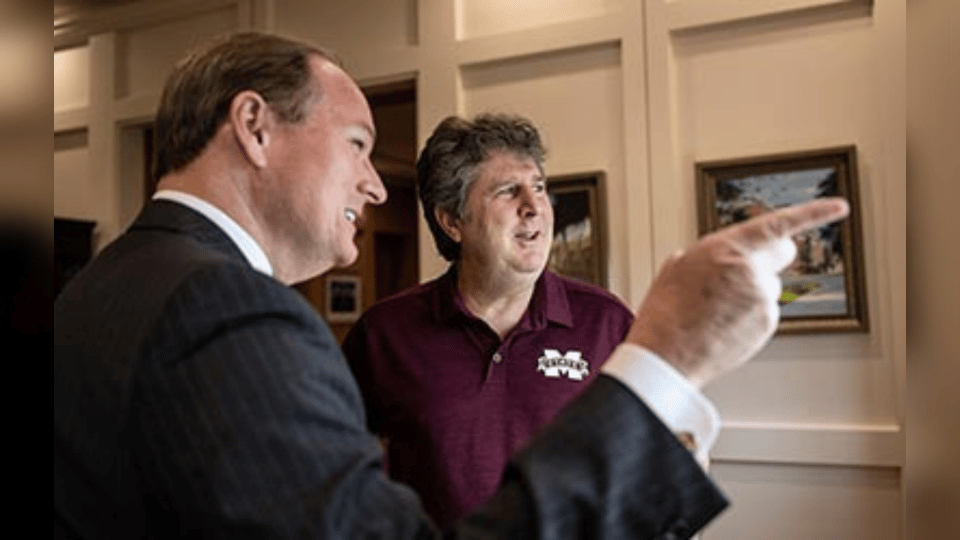 As people across the nation mourn the passing of football coach Mike Leach, Mississippi State President Dr. Mark Keenum joined Tuesday’s episode of SportsTalk Mississippi to discuss the impact Leach had on the Starkville community.

While Leach was well-known for his Air Raid offense as well as his off-topic interviews, he also positively affected the lives of so many people across his 37 years as a college football coach.

“He was so well thought of, and it transcended much beyond football. The lives he impacted – all the young men whose lives he touched as their coach and inspired and motivated – and then the prongs of fans he has across the country,” Keenum said. “I can tell you he is and will be, for some time, very sorely missed here at Mississippi State.”

On a personal level, Keenum said his favorite memory with Leach came at Vaught-Hemingway Stadium in Oxford this past November when the Bulldogs ousted the Rebels 24-22 to reclaim the Golden Egg.

“My best memory I’ll have with him that we shared together was at Vaught-Hemingway Stadium in the visitor’s locker room,” Keenum reminisced. “He handed me the game ball. He knew from day one how important that game was to our Mississippi State family. For him to end his career with that game and to share that moment with him will be a lasting memory I have for the rest of my life.”

Mississippi State’s football team recently decided that they would go through with playing in the Reliaquest Bowl because that’s what Leach would have wanted, according to Keenum.

“The team is very sad. Broken-hearted I would probably say would be a better term, but they’re also a bit motivated. They want to play this game for Coach Leach,” Keenum said.

The full interview with Keenum can be watched below.

Natchez man sentenced to over 9 years for distributing illegal substances