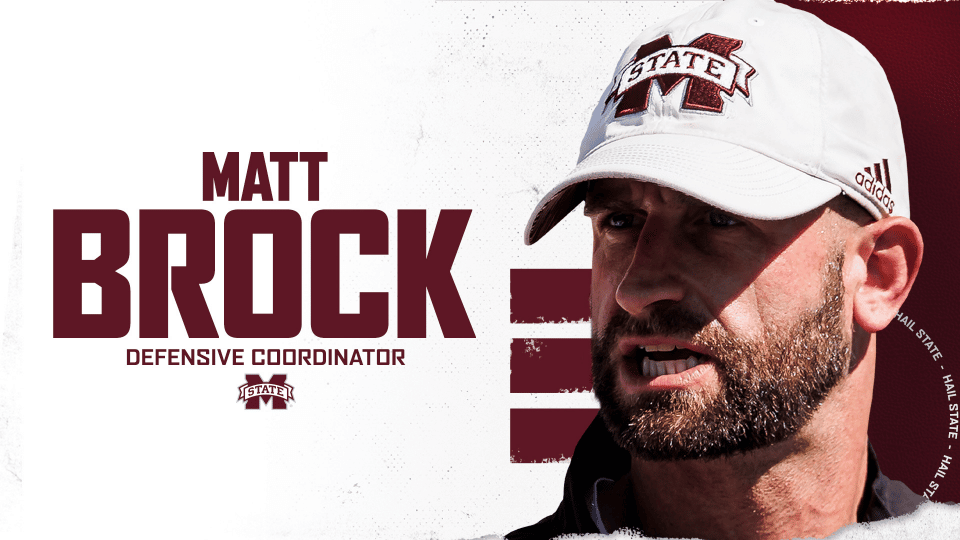 After taking over play-calling duties for the 2023 ReliaQuest Bowl, Mississippi State’s Matt Brock has been elevated to defensive coordinator.

Brock, who served the previous three seasons as special teams coordinator and outside linebackers coach, has played an integral role in making the Bulldog defense one of the top units in the Southeastern Conference.

“Matt Brock is a rising star in the coaching profession who has made a tremendous impact on our defense the last three seasons,” Zach Arnett, Mississippi State’s new head coach and former defensive coordinator, said. “I’m very confident in his ability to lead the unit, and I look forward to watching it continue to progress under his direction.”

Mississippi State has ranked in the top five of the SEC in each of the last three seasons in total defense, rushing defense, yards per rush, first downs allowed per game, and takeaways. In 2022, the Bulldogs led the conference in both interceptions and pick-sixes.

Brock previously coached at Washington State, Bowling Green, Texas Tech, and Baker University. As a player, he was a linebacker at Baker, tallying 277 career tackles and seven interceptions while leading the NAIA in total tackles and tackles per game.

The Bulldogs will kick off the 2023 season on Sept. 2 against Southeastern Louisiana.