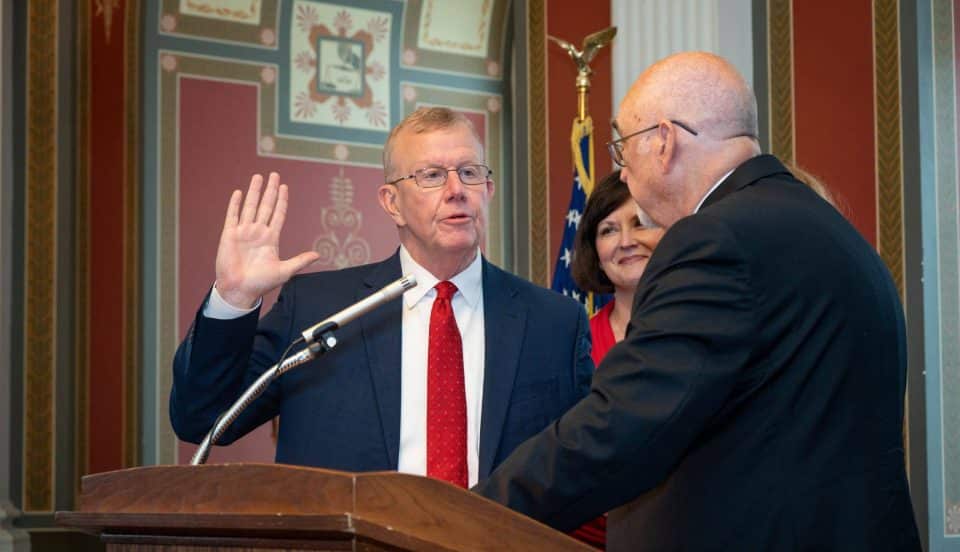 Following an unprecedented series of events that led up to newly-elected Congressmen being sworn into the U.S. House of Representatives, the latest addition to Mississippi’s delegation, Mike Ezell, discusses the beginning of his tenure in Washington, D.C.

During his first days on Capitol Hill, Ezell, a Republican, was present amongst the ongoing debates and 15 votes that took place to name Kevin McCarthy, R-Calif., as House Speaker of the 118th Congress. Ezell was officially sworn into office shortly thereafter.

With a majority in Congress, Republican leaders, such as Ezell, have worked quickly to implement their agenda by passing a new rules package that would prohibit Congress from raising the debt ceiling unaccompanied by spending cuts. It also requires the House to vote on 12 separate appropriations bills rather than one large omnibus bill, and lawmakers now have 72 hours to review legislation before it comes to a vote.

“I’m proud to be a part of this. Again, I’ve always been one to show up and go to work,” Ezell said on MidDays with Gerard Gibert. “I was very pleased with it (the recently passed rules package) and I think things are really going to go fast and furious in the future. We’ve got a lot of folks that are depending on us to do what we say we’re going to do.”

Making the transition from law enforcement to politics, Ezell is eager to join GOP colleagues in cracking down on what they argue to be overreach by government agencies like the Federal Bureau of Investigations (FBI) — an agency familiar to the new Congressman. Ezell would like to use his position to assist in exposing bad actors within these agencies and bringing them to justice.

“During my career as a police officer, I spent three years assigned to the FBI. The men and women who work in that office are dedicated. They love this country, but you know, like so many other things that happen, you have some of the folks at the top who like to be involved with all of the hierarchy in the government,” Ezell continued. “First thing you know,  you start down that slippery slope and the next thing you know, they can’t get out of it. We’re going to hold some of these people accountable for what they’ve done.”

Watch the full interview with Congressman Ezell below.