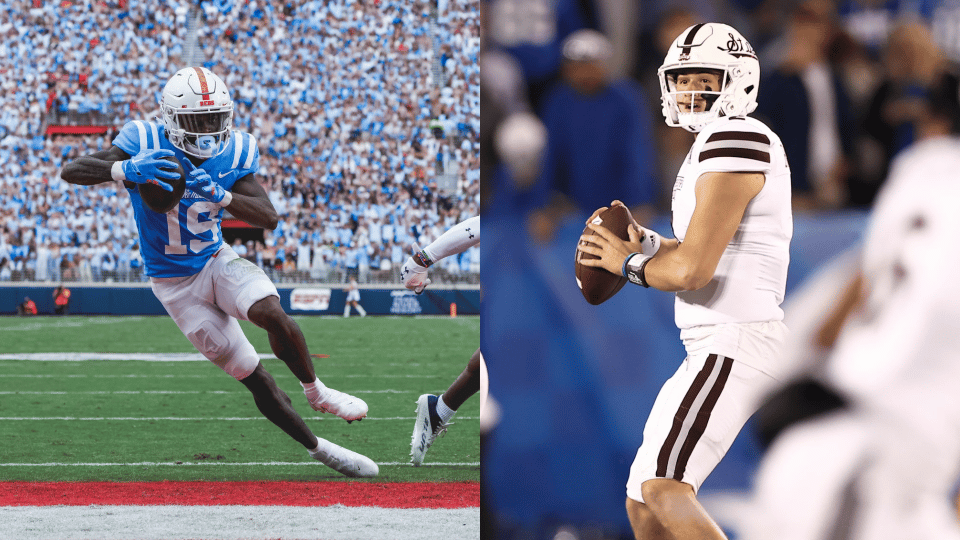 After a whirlwind of a college football weekend, Ole Miss (7-0, 3-0 Southeastern Conference) has moved up two spots to No. 7 and Mississippi State (5-2, 2-2) down eight spots to No. 24 in the latest Associated Press poll.

The Rebels got off to a 21-0 start in what appeared to be the makings of a blowout, but Auburn clawed back into the mix to trail 28-17 at the half. Nevertheless, Ole Miss’ rushing attack from Quinshon Judkins (139 yards and two touchdowns), Zach Evans (136 yards and one touchdown), and Jaxson Dart (115 yards) propelled the Rebels to a 48-34 victory as well as the No. 7 ranking.

Mississippi State, on the other hand, struggled on both sides of the ball against Kentucky. The Bulldogs played arguably their worst game of the season offensively, only scoring 10 points. Defensively, outside of a pick-six from junior defensive back Emmanuel Forbes, MSU was outperformed by Kentucky’s balanced approach, causing the Bulldogs to lose 27-17 and drop to No. 24 in the rankings.

The full list of rankings, which features six SEC teams, can be viewed below: